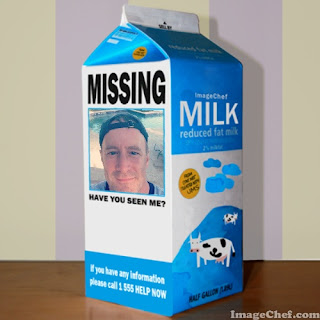 So while we had a great time in Ogunquit, I had some missed opportunities to meet old friends and one bet squelcher.

My friends, Brad and Sanj were actually staying down the street, I'm guessing less than 800 feet from our place.

Mind you, they were only there for 1.5 days of our stay, and reception was an issue when it comes to text and such.

So only 800 feet and we couldn't get it together with our schedules to meet for a drink or even outside one of our places just to say 'hi' and exchange a hug.

I think it's been four years since I've seen either. Since then, they've gotten married - in Sanj's homeland of Canada. Even the second to last time I was in DC they were meeting with a lawyer to do their wills so our time was not then.

But not as sad as one Mike, from his Short Attention Span Theater.

At least with Brad and Sanj, I didn't know they were going to be up there. Only a Facebook post told me they were there.

With Mike, well, he's known for months.  And months.  He knew we were to be in Boston and then he drops the bomb that he'll be in Ogunquit the day we get to Boston, but we can meet in Maine.

....and then he went radio silent.

I get that compared to him I'm stunningly handsome intimidating, but that's no reason to run for the hills, is it?

Personally, I think he got freaked out when I told him he appeared in two of my dreams. Nothing naughty and even his partner, Peter, was in one of them. Maybe he was upset that he didn't garner a place in one of my naughty dreams. It's hard to say.

Oh sure, he reached out to me at the last minute re-asking the days I'd be in Maine, but then his internet service provider must have caught up with his non-bill paying and cut him off.  What other reason could he have for not contacting moi in a timely manner  - or for not updating his blog in over a month? (and even that last post....well.........I mean.......really!)

I guess he's reached financial hardship.  What other explanation could there be that Mike couldn't even bother to go Dutch on that Oscar-betting drink wager from last February. Apparently top-shelf booze is out of his grasp. Maybe he can't even afford {gasp} a well drink!  Oh the shame........the shame.

Oh sure, he reached out at the last minute to say he was leaving Ogunquit about 30 minutes before we arrived in town.  How convenient.  How very fucking convenient.

Mike had "other" plans in New Hampshire.  No doubt other plans that didn't exist until he found out my confirmed arrival date / time, then started calling everyone he knew hoping there would be a competing obligation. Apparently he found one.

It's really a shame too - as I had a great intro for our meeting.  One of which he will now never know. I even had others to go along with my plan.  I'd even go so far to say it was "ingenious".

I'm not sure if I'm more disappointed in Brad and Sanj (and me), not being able to walk 400 feet to join up half-way, or at Mike for literally starting a Microsoft Project Plan to get out of seeing me and buying me that drink.


....and the Emmys are coming up.  Oh sure, there could be a wager, but chances are, one won't get their winnings.

Song by:  Bruce Springsteen
Posted by Blobby at 12:13 AM