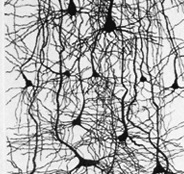 I had heard about the website Lumosity on NPR.

Lumosity was created by neuroscientists and is a site to be used daily that targets core cognitive processes that underlie performance in many different areas - including memory, attention and other abilities that are critical in the real world.

Well, if my high school math teachers were right, I was to be using Algebra in the 'real world' too - and that doesn't much happen.

But I get the need to keep your neurons sharp. I don't need to sink into dementia any sooner than is going to happen in the first place.

Truth be told, I've only used the site once (yesterday) so far, but for a few minutes per day, I will try it to see how (or if) my abilities improve.

You have to sign-up (with minimal information).  Can you believe someone already captured the user-name, "Blobby"?   Who the fuck do they think they are???

There are five test areas in all (speed, memory, attention, problem solving and flexibility), but without paying (and you know I'm not gonna), I only have access to the first three of those.

The site says I will improve 80% over the next three months.  I'm assuming that is based on all five areas. They don't really say.

While I did "ok", I wasn't stellar, but I attribute some of that to figuring out exactly what I should be doing (there are no do-overs) and figuring out the MacAir controls to the games.  i.e. I was to click on one thing, then another area to add a number, but hit the pad to quickly and it accepted an incorrect number.

So part of my 80% betterness (it could be a word!) will just be knowing what I'm doing tomorrow.  Then I'll plateau. 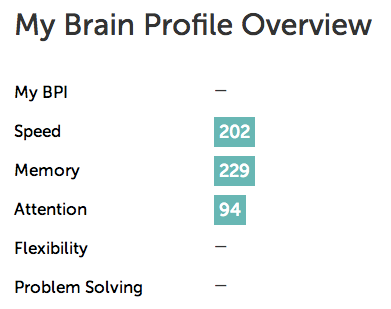 I don't know if BPI will fill in later, but the bottom two won't unless I shell-out $4.95 per month and up. Je don't think so.

It's hard to say to what the above numbers equate. They are not the same as the scores I received in each game.

Granted, I took a nose-dive at attention, as the scope got larger and it there was specific things you had to click on  - not just be in a very close proximity. The Speed and Memory should be better since I now know how they work.

I guess I can recap in 90 days to see how close I come to achieving that 80% improvement.

One of you might have to remind me to do that post.
Posted by Blobby at 12:03 AM

have you done this already?
I don't remember if I said this yet.