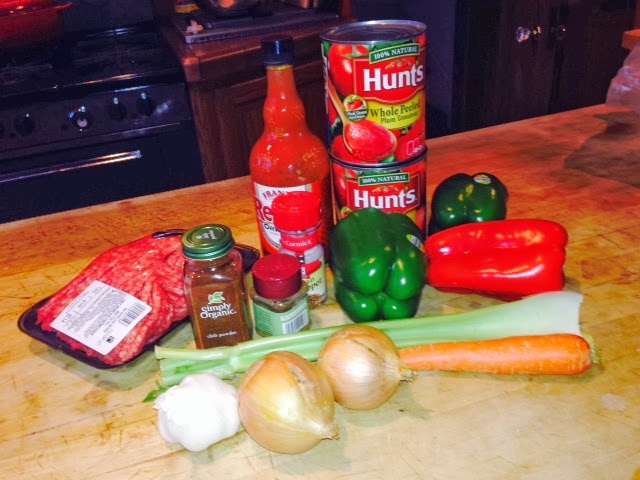 My last attempt at chili was fine and all, but it didn't quite hit the mark.

We are back into sub-zero temps and something hot and hearty seemed to be the call of the day on Monday night, so chili is what I made.

You know I'm not eating chili with beans, so adding those was a non-starter. I also opted not to use a chuck roast or the slow cooker this time either.

What's a fledgling cook to do, but consult his mommy?

I love my mother, but she couldn't tell you how to makes any of her recipes. Like her meatloaf, she never makes chili the same way twice. Somehow both dishes come out tasting great and exactly like the times before - but in reality she just cleans out the refrig, and tosses it together, which is basically all I did.

I used celery and carrots last time I made chili, but I don't think it's a standard ingredient - but they were in the crisper. I think the beef, onions, garlic, peppers, chili powder, cumin and tomatoes are a bit more normal. 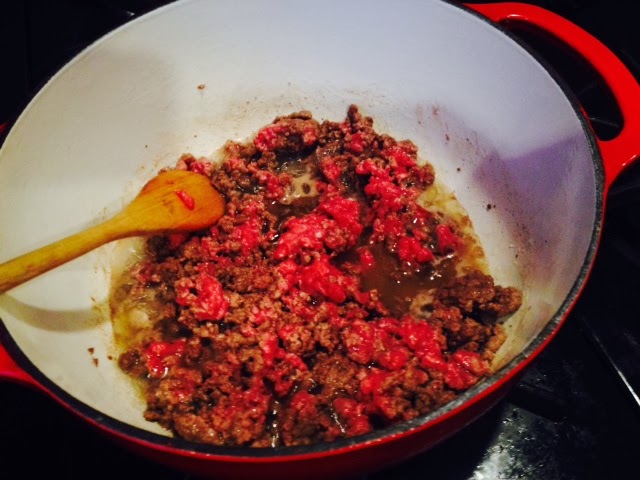 In a dutch oven, I browned 1.5 lbs of ground beef.  Afterwards I removed the beef but left in about 2T of the fat. 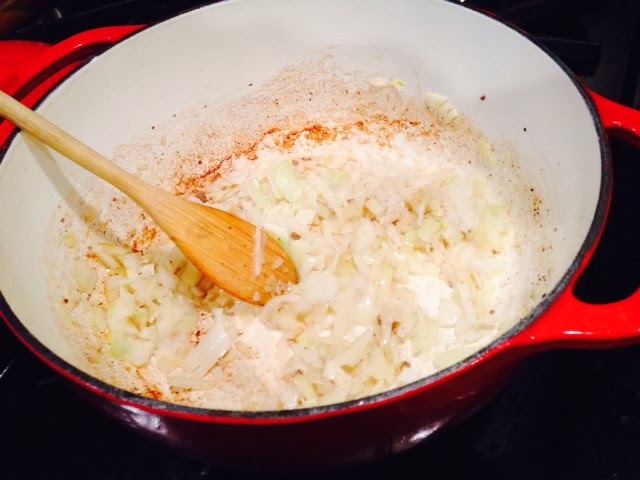 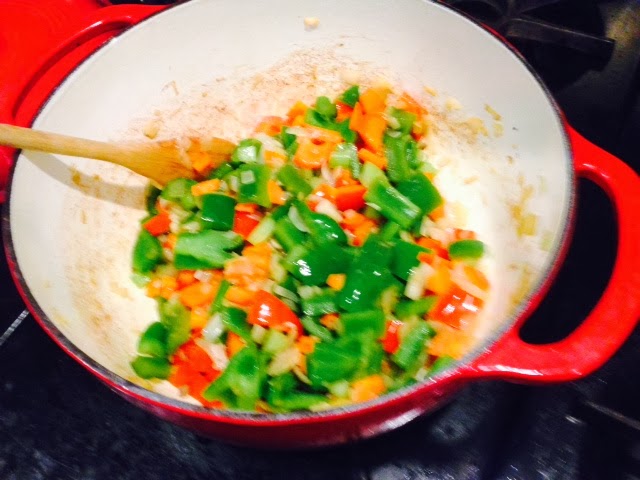 I then added the diced carrot (1), green peppers (2), red pepper (1) and celery (1). I kept all veggies a little chunky, as that's how I like them, but you need to cook them a bit longer to soften a little. 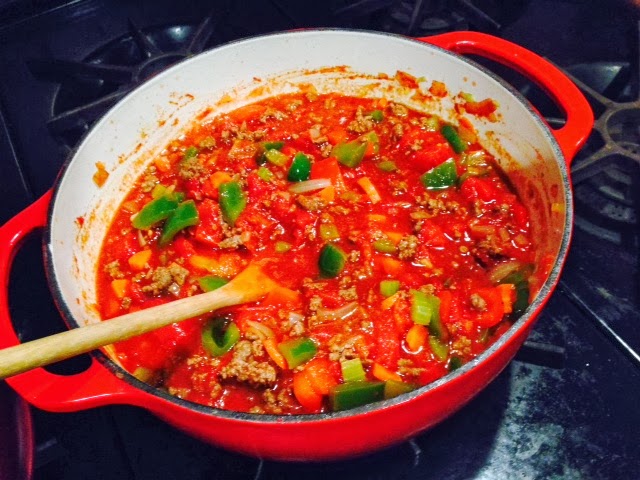 I forgot a picture - sue me.  I added two 28 oz cans of peeled whole tomatoes. Diced may have been easier. Live and learn. Salt and pepper to taste. And about 2.5T of chili powder. And about 1T of cumin.  After letting that incorporate for a bit,  Taste as you add the spices - to see if you want to add more (or not). My spice amounts were for my taste - so you might not want that much chili powder.

I also put a few splashes of Frank's Red Hot and a few 'shakes' of red pepper flakes.

I then added the meet back to the pot and let it simmer for about 90 minutes. This gave everything a chance to mesh and thicken. 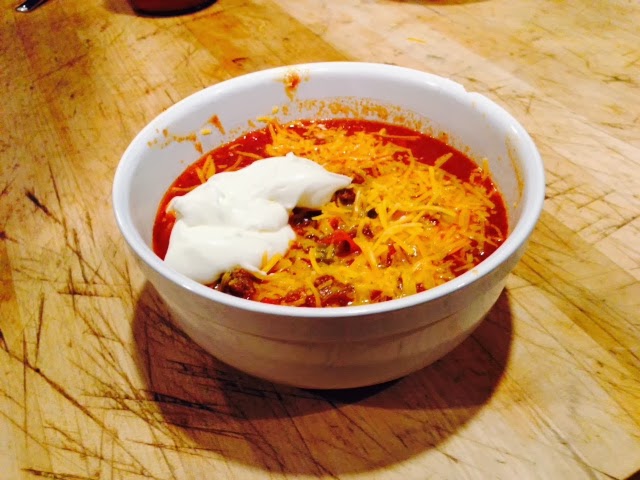 Here it is. Dished into a bowl, with a little shredded cheese and a dollop of sour cream. I probably didn't need to add a half dozen or so extra shakes of the hot sauce.

The chili had a great flavour - one I liked much better than that last one I tried. That one will most likely go by the wayside, and this one will be my standard. 710 liked it a lot too, and isn't it really about making him happy?

Song by: the Kingston Trio
Posted by Blobby at 12:02 AM

..I love these food posts.

I plan on making chili tomorrow; I shall think of you. Come to think of it I think of you often: whenever I scrape my tongue!