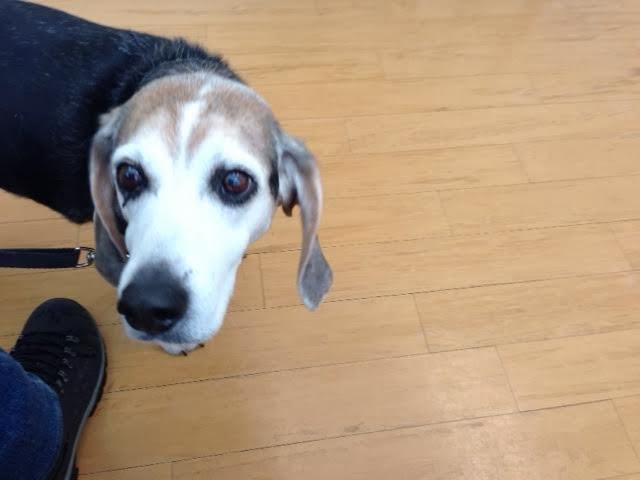 We must be a fucking cash cow for them - but as I've said before, it's worth it.

You just have to figure that an almost 12 year old dog is going to cost some money keeping him well maintained.

This time, he was just starting on his tail, so it didn't get to the point of too much broken skin and no blood and as it turns out, no infection. Phew.

But, we had a doc I had never had at this practice. I had seen him, he just never treated Petey or Sophie. Nice guy and with a lot more information than we had previously received.

Teeth, ears, eyes, glands were all good. This coat was pretty good too, except for that spot on his tail.

This is where he tells me new info: the callous that is building up is really just harboring histamines that release every so often. Dr. Smith (no, not like the Lost in Space guy) says those histamines will feel like burning or stinging to him, which is why he goes after them. He also mentioned that the tail has a major vein that goes through it so, if Petey really goes at it he can do massive damage and have lots of blood loss.

He was a really nice guy but got me upset when he mentioned if it ever got bad to consider tail amputation!

I couldn't even have the conversation.

We opted for a low dose steroid injection yesterday and after day 4, we will move Petey to a lower dose oral steroid daily, and suspend his daily Zyrtec.  ...probably for the rest of his life.  Assuming it works.

You know I love him (Petey, not Dr. Smith), but the boy is 12 and surgery isn't really much of an option - if it ever gets to that.

A beagle without a tail?  That's just crazy talk!

da fuq? a dog with no tail? crazy talk!

I love the LOST IN SPACE reference...fortunately, I'm too young to understand it.