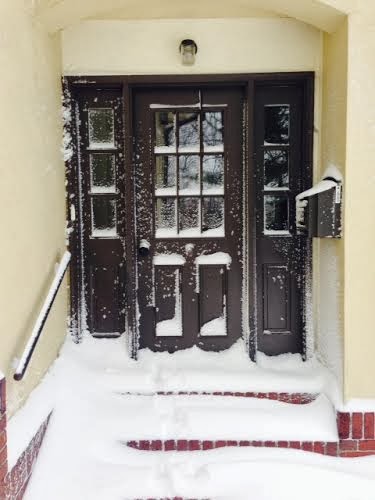 You'll see from the pictures, it's more snow right now than cold.

Oh, don't get me wrong, it's cold, just not as cold. We actually hit 23. Sure, it feels like 10 or less, but that is leaps and bounds warmer than the last few days.

Alas, it is on the way to get back to below zero temps - not including the wind, of course.  That damn Farmer's Almanac was correct about it forecasted for being a colder than normal winter.

While I skipped yoga yesterday, I did not skip the gym. The trek there was treacherous. The trek back, not quite as bad, until I got home and unable to get into the drive way on the first three tries. I didn't even go in the house, I just got out of the car and fired up the snow blower.

Just as I was doing that, 710 let Mr. Pete out. I loved watching his problem-solving skills as he looked at the snow drifts that were up to two of two and one half feet high. 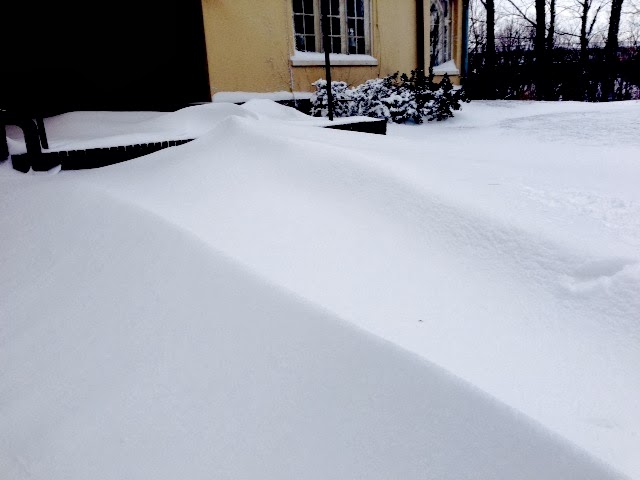 He found a place that was only 12-15" high and bound over them so he could pooh.  I didn't capture that on video (the bounding or the pooh'ing), but I did catch him coming back . 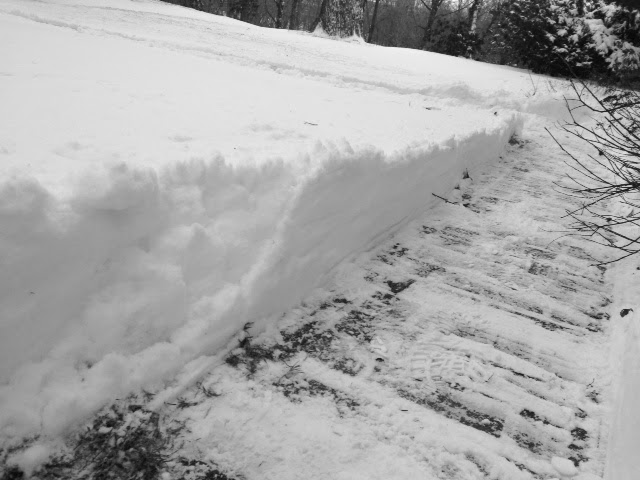 And then I got to clear him a path - so you can see how deep some of the snow was. The poor little man is only 15" tall himself.

I was feeling pretty good about clearing the driveway. Shortly after that happened, the sun came out. And then it got dark. No sooner were the words, "it looks like it could snow again' out of my mouth when this happened......


...and it looked a lot worse in person than captured on video.

Since I'm pre-drafting this and won't have a chance to update, I'm not 100% sure we'll make it to an event in Akron. I hope we do, but if not, I'm ok sticking at home on a night like this.

Yoga this morning is still up in the air.

Song by: Patty Larkin
Posted by Blobby at 12:09 AM

we had another inch (or snow) on top of the 14 inches we received this past tuesday. I am so sick and tired of this crap!

ah well, baseball season starts in 3 weeks; can spring be that far away?

It is still unbelievable to think there is anywhere with snow. I admit I miss it.