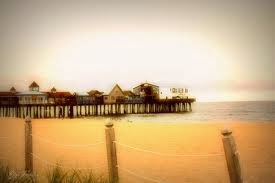 I'd like to say I have nothing - so I'm liking it.

Yesterday was a tough yoga class, but after that I was on my own. 710 went to visit his parents and since we didn't have dog accommodations set-up, I stayed home with dog and cat.

But after getting home it started raining. And it rained.  And rained. And then rained some more.

Sure, I ran a few errands, but it was a good day to snuggle with the dog and Sophie made herself known too.

Then I got to FaceTime with 710 and his parents, but honestly, I just flipped the camera so they could see the animals.

Hey - if I were in their shoes, I'd rather see a dog and a cat as opposed to their son-in-law.

It's was a nice 'me' day. But it's back to yoga this morning (different class, different studio). And then I do have errands to run before 710 gets home.

all our snow is gone, it rained like hell yesterday, and now everything is mud. but hey, I'll take the mud and warmer temps over snow any day!

I had "Jon time" last Thurs. It was my day off and I had nothing pressing to do on my to-do list. It was raining, so I stayed in my flannel pajama pants and watched TV, used my computer, streamed 2 movies, and relaxed with Marvin at my side, or on my lap.

And just how big a Morrissey fan are you?