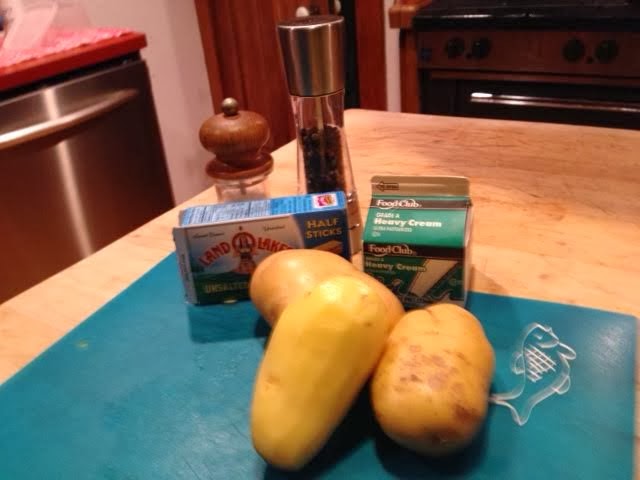 Ok, I have no songs with 'potato' in the title. And nothing with 'meatloaf', except for the artist, Mr. Loaf.

Today is our 29th anniversary. Unimaginable, but it is.

I don't know we're doing anything today to celebrate. Work hasn't been so kind in terms of timing for us, so it might have to wait till the weekend. On the other hand, we might go out and down a few and let someone make us dinner.

Last night I made us dinner. Welllllll....kind of. My mom helped.

I'm good at making meat loaf - I just don't usually have to. I would say, 3-4 times a year, my mother sends me home from Sunday dinner with a pre-made loaf that I just need to finish and throw in the oven.

What I've never done is make mashed potatoes - which are kind of a standard side for meat loaf.

I know it sounds crazy, but they are not my favourite of potato dishes. Not even in the top 10. They're better if they're loaded with garlic, cheese or cheese. Yes, I said cheese twice.

Meat loaf and mashed potatoes are one of 710's favourite meals. Since he was having an iffy week (yes, I know it was only Monday), I opted to throw the meat loaf in the oven and make mashed potatoes.

Back in the day, my boss would wring her hands at holiday time at making these potatoes successfully. She'd try adding sour cream, or cream cheese. She'd use mixers, ricers, etc.....all in search of the perfect dish.

I'm blanking on if she ever got there.  Me? I wasn't that particular - while I didn't cook back then, it didn't seem that daunting now.  ....and it wasn't. 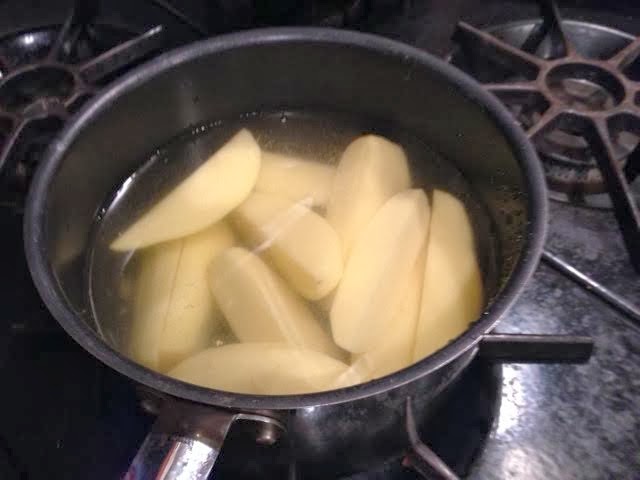 Three yukon gold potatoes. Peeled and quartered.  1/4 tsp of salt on them and then cover in cold water. Bring to a boil. Cover and simmer for 15-20 minutes. 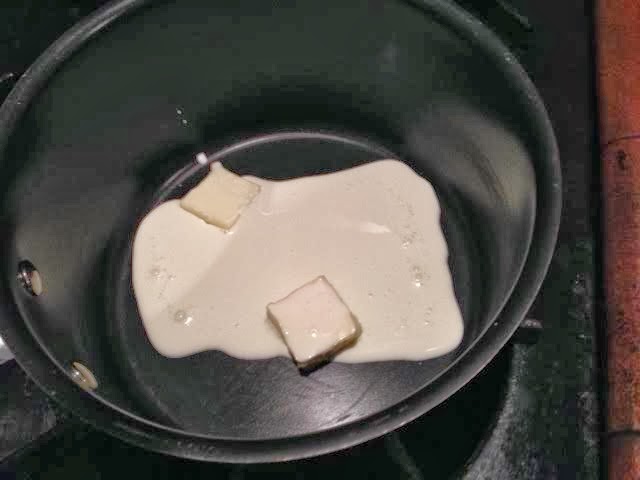 Warm 3 tsp of heavy cream and 2 tsp of butter (unsalted). 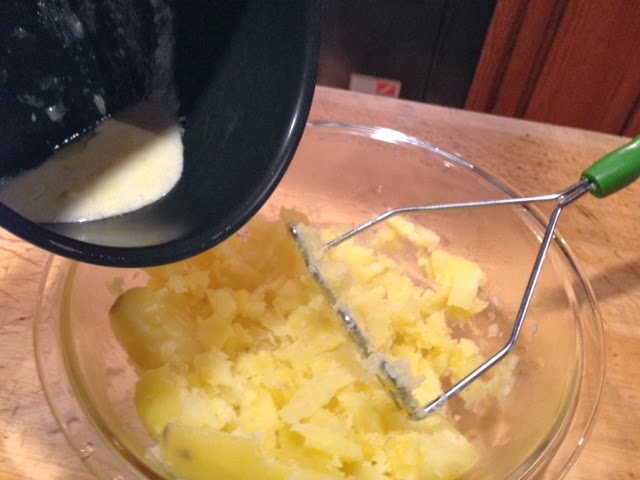 Dump drained potatoes into a bowl. Add cream/butter mixture. Use a potato masher. It doesn't take brute strength to mash them. I also used a spoon to mix them to smooth them a little.  You needed to add salt and pepper - and taste them. It took way more salt than I would ever normally use.

We also added some grated parmesan. I don't think it was enough - I didn't really taste it.

710 doesn't mind them a little rustic and kind of was surprised I peeled them. He'd have been fine with the skins remaining. So being super-smooth wasn't an issue. 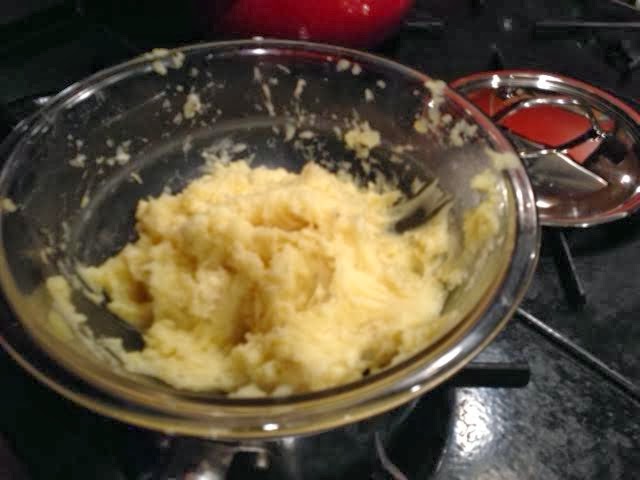 While I waited for 710 to get home, I just kept the potatoes warm over a double boiler. Thanks for the tip Ina!! 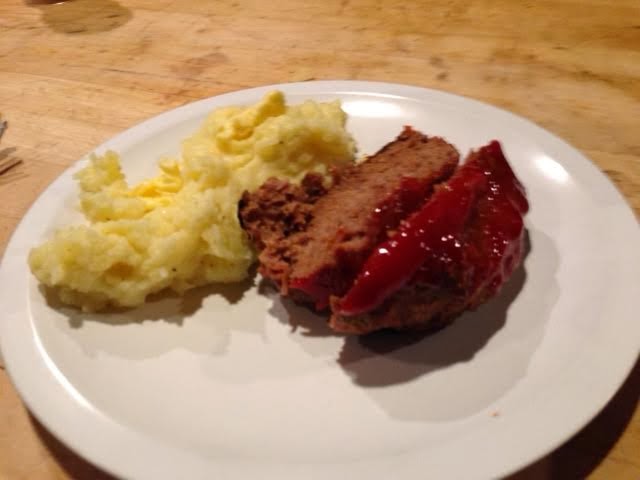 Here's the plated meal. They were good. 710 liked them better than I did, but as I said, they're not a must-have for me.

I think I'll email my ex-boss and tell her how easy they were to make, though she's probably forgotten her years-long ordeal on trying to make the perfect potato.

the meatloaf looks dee-lish, and I am NOT a meatloaf eater (my mother's meatloaf was a suck ass mess).

it all looks great,

I like to use creme' Friache (sp). It gives them a rich taste. I alos add blue cheese, or gorganzola, and garlic. Major yummers.

Belated happy 29th to you both!