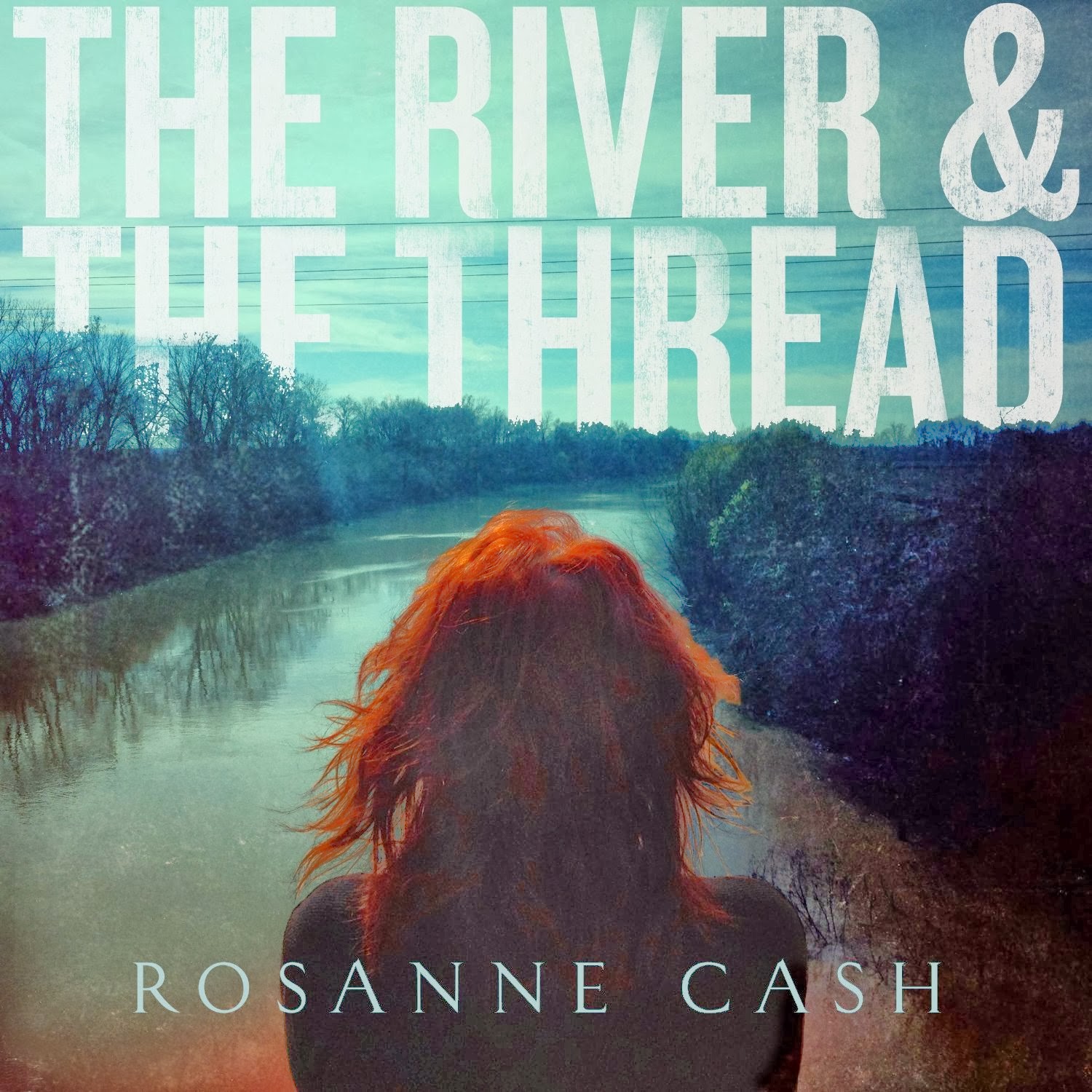 While born in Memphis, Rosanne Cash was raised in Southern California. Only upon marrying Rodney Crowell did she live in Tennessee - and even then only for nine years.

But Cash is big on her heritage, and while she made some country records, it was more the beginning of "new" country and not the traditional music of Wynette, Lynn or Wells. Still Cash clearly has 11 number one Country singles - though she will tell you she rebelled against Nashville.

Yet with her album, the List and her newly released the River & the Thread (her first disk of original music in over seven years) she has more than dipped her toe into the waters of Country music - albeit more as an homage than to try to get back into that genre. Both albums were exploring her father's history to a certain degree, but on different levels.

The thread, of which Cash speaks is a literal one of a sewing tutorial she took in Arkansas, but it is clearly a metaphorical one of her lineage to the South and the music that took her father from Arkansas to Mississippi to Tennessee. All of those types of music are played out here in one way or another.

Cash has been covering Bobbie Gentry's "Ode to Billy Joe" in concert for the last few years and her admiration of that great artist clearly shows in two songs: "A Feather's Not a Bird" and the excellent "the Long Way Home" has more than a few tinges of Gentry's musical style. It works.

But I hear a little Dusty in Memphis in this disk as well ("Your Southern Heart"). It sticks with the theme of the disk.

The disk, overall, has strong material: I really like "Modern Blue", which is clearly the most 'rocking' song on the disk. But I'm completely loving "World of Strange Design", "Tell Heaven" and "Money Road" (a reference to Robert Johnson) a lot. It's very different for her, though a lot of this disk could be qualified that way.

There are songs that are good - "Etta's Tune" about Johnny Cash's bass player, Marshall Grant and his wife. And I like "Sunken Lands", but there are major parts that are structurally reminiscent of her own "Three Steps Down" from Rules of Travel.

"When the Master Calls the Roll". I find it most interesting she wrote it with her current and ex-husbands.

I'm not a fan of "Night School" or "50,000 Watts". "Biloxi" is ok, but nothing outstanding. It is one of three "additional" songs on the deluxe edition. My problem with "additional" songs is that usually they're not strong enough for the standard release, so immediately they fall into a lesser category - perceived or real.

Still, for me the centerpiece is really "the Long Way Home".  The bass. The strings and their arrangement (very Bobbie Gentry!). The vocal arrangement and phrasing has me repeating the song over and over and over.

I love that Cash's voice is as strong, if not stronger, than when she started her career. At the very least she is more self-assured. I keep coming back to a line in that song that perfectly summarizes this disk and Cash's thread to not only her family but to a possible nod her early career as a Country artist: "you thought left it all behind. you thought you'd up and gone. all you did was figure out how to take the long way home".

I also love that the cover art was a picture her husband, John Leventhal, took at the Tallahatchie Bridge....with his iPhone!!! Yes, there has been some "work" done to it since, but it fits perfectly.

I'm struck by Leventhal's production, which can vary from album to album (or even song to song), but he strings his great thread through this disk as well. The arrangements and the music (both of which he did - Cash did the lyrics) are well done.

There is a beef, of course. Purchased through iTunes, there is no digital booklet. I know there was one created and even talked about the extensive notes, so it's not like they had to create one for Apple. It's just not available and that totally sucks.

I know it is early in the year, but this could easily be a contender for my album pick of 2014.
Posted by Blobby at 12:08 AM

Did you know that if you use an 2 e's in Roseanne Cash that you get a completely different artist?

If you wanted to send me a copy...