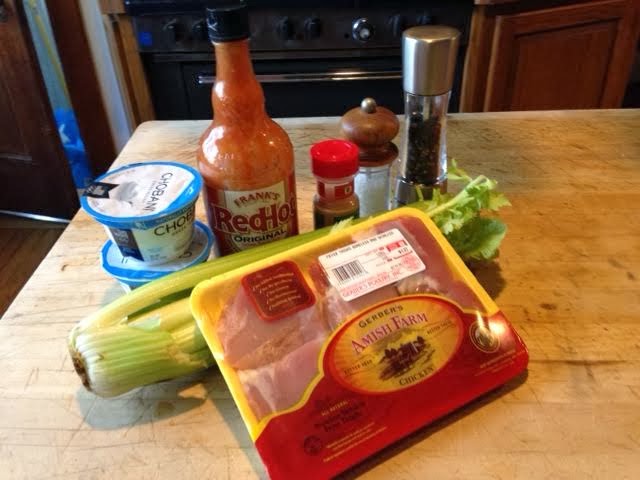 I am a big fan of Buffalo.

Not as much the town, football team or the animal. But the food.  Wings. Chicken, etc.

So the other day I was thinking I like chicken salad, so I says to myself, I says: why not buffalo chicken salad?

Easy enough and there are a ton of recipes out there for it, though I'd say half would be for buffalo chicken on a bed of lettuce and half being chicken salad with hot sauce. I was going after the latter.

Some recipes used the hot sauce to be mixed with either cream cheese, ranch dressing, blue cheese or yogurt. Don't ask me why, but I opted for the latter - it seemed like the lower caloric thing to do.

First off, I opted to oven roast the chicken - thigh meat, actually, since I am taking a bold stand against the all-powerful Skinless / Boneless Chicken Breast Lobby.

I roasted because I didn't feel like pan cooking or cold poaching it. I'm lazy that way. I chose dark meat because it's cheaper (yeah, I know) and by the time you add yogurt and hot sauce to chopped chicken, would you really taste a difference? 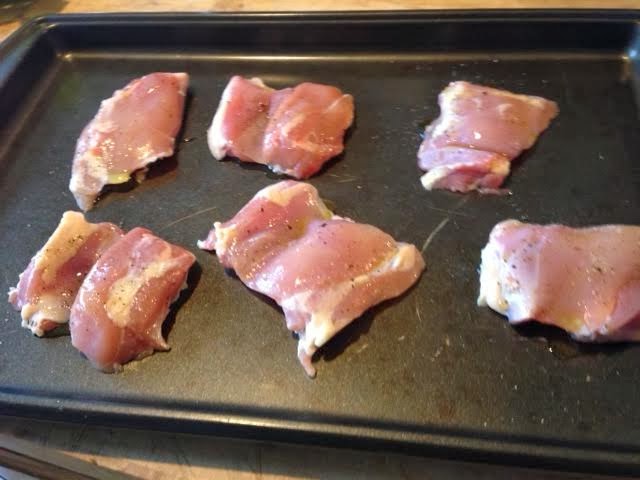 And actually I didn't taste that much difference at all - if any.

The pieces may have been too thin for the high heat and the length of time I roasted it - so watch that if you roast the meat. 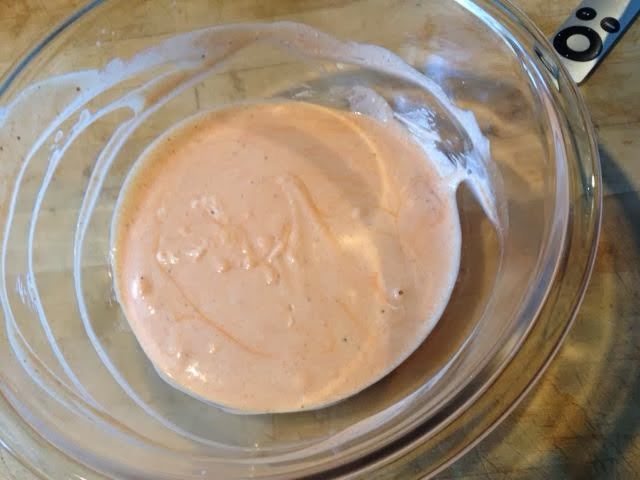 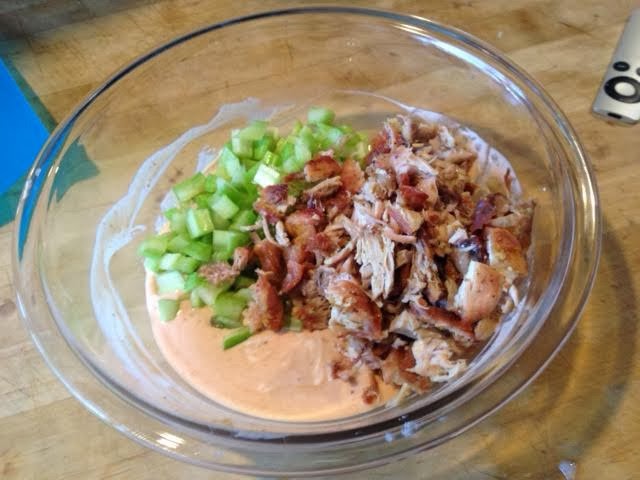 Add chopped chicken and celery to the sauce*. Some recipes call for onion and / or cilantro. I didn't have green onion, so I opted not to use a white one. I'm never adding cilantro to anything. Ever.

Another thing to look out for: the ratio of sauce to chicken. I wish they'd just say 'x' lbs of chicken as opposed to 2 cups. Meat isn't usually (ok, EVER!!) measured and sold / priced by the cup.

* I probably had too much sauce (or not enough chicken). Or I could have added it to the chicken instead of the other way around.

Here's what I used and any notes for changes: 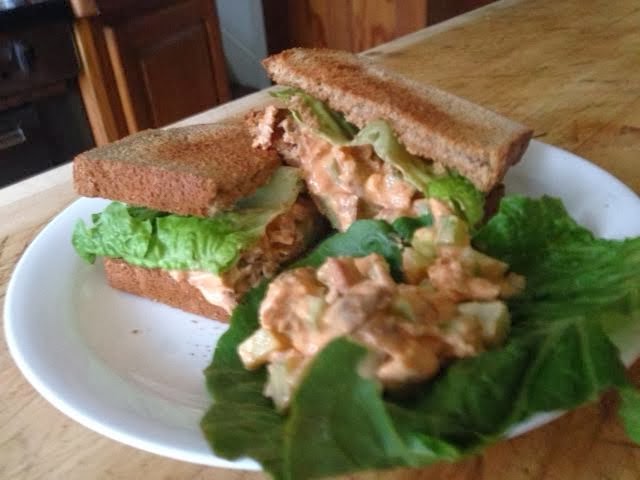 The flavour was actually pretty good. I didn't eat it right after making it. I put it in the refrigerator and had it for lunch yesterday - though I did throw the portion I was going to use into the microwave for 30 seconds to take the chill off.

Now, I like spicy food, but after half a sandwich my head was sweating - not just my forehead, but all of it. And my lips were afire. This is why I say you might cut back on the hot sauce, though I think had I had another quarter to half pound of chicken, things would have been right with the world.

As it was, I ended up draining off any sauce from the container just so the rest wouldn't marinate in heat. But like I said, the flavour was really good. 710 would hate it, but I like it.  ...and I kind of made it for my lunches, not his.

But I suppose this is why America's Test Kitchen makes things 40-50 times, to get it just right. I'll make it again. I'll play with it some more, but considering it was my first time out, I think it went well.

Sounds delicious. I like buffalo flavor too. A local pizzeria and wing house offers a buffalo chicken pizza that is out of this world good!