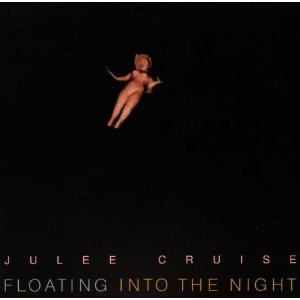 I'd say I was a big fan of Twin Peaks, but in reality, I was a HUGE fan of the first six or so episodes of Twin Peaks.  The killing of Maddie (is it a 'spoiler alert' when the show has been off the air for 15 years?) still ranks up there as one of the more violent and disturbing scenes I've ever seen - in movies or TV.

Angelo Badalamenti did the music for most of, if not all, the series - Julee Cruise came in and did the vocals and lyrics.

While kind of original in its design, there are musical themes, sounds and structure that by song six you seem like you've heard it all before.....and you have, on songs 1-5.

Personally, I can't take the record for a full listen through, not if it is the center of the entertainment.  It's fine for background music when you are sitting around talking with friends and knocking back a drink or two.  It brings up good memories of Twin Peaks, but as that gets older and older, that is losing the connection.

Still, it's worth a listen, even if you just sample it on iTunes.

Fitting for the series, the music was edgy, ethereal and a little left of center.  Maybe more than a little.

I am sure I bought it because I thought Twin Peaks was so cool, I had to have it.

Floating Into the Night is and was a good record to sit in the dark to and drink.  Yes, it sounds a bit sad and desperate, but it's not.  It's a moody album and the mood to soak in that music is dark.  You don't have to be drunk.

It is clearly not sing-a-long music.
Posted by Blobby at 6:34 AM

Hey where's the vid you promised us?