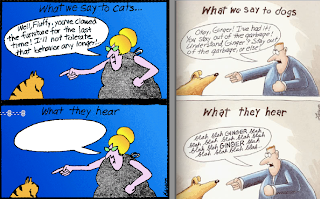 Sorry I'm late - I got distracted.  Kind of.

Actually, I had shot some stuff for a video blog post, but found out much of it was uneditable on the phone.  Who knew you couldn't shoot one way and then flip the camera around for a landscape effect.  Of course you can, but then stuff comes out all sideways.

So now I improvise.

As it turns out, yesterday was a friend's birthday. Fred died two years ago, but it got me thinking about him - again. I think about him a lot actually.

For some reason, I went back to read the post I wrote about his untimely death and then I just started scrolling through old posts.

Not unlike actors or musicians who claim the never go back and watch or listen to their previous work, I don't much go back and look at my old posts.  It was a spiral last night. I couldn't stop after I started.

I think I read four month of posts - some were actually pretty good.  Some, now to much.

Of course, that took me down an entire other path.  As many know, when my host server did an upgrade, I lost every image to every post from mid-2009 all the way back.  Allegedly there is a way to retrieve these, but I haven't found it to be successful - obviously.

As I read the stories, I tried to remember which image was with which entry. Some were easy, some not so much.  Then of course, anything I didn't lift of the internets, was taken by me. ...and unless some of those are backed-up on storage unit, I can't go back and replace them into the blog manually.

I can shamefully say, most of them are not on that server.  Vacation pictures, some wedding pictures, holidays, family, Sophie's first weigh-in at the vet - all 2.2 lbs of her.

The thought of that loss kept me up much of the night, kicking myself and/or wanting to kick the asshole(s) who broke in and took that from me/us.

There were a few police blotter reports this week about forced, or attempted forced entries into houses not far from us (but not our neighborhood) in the middle of the day - and that the folks had weapons.  I suppose it's a good thing I didn't come across them when they were her, assuming it was the same guy(s).  In the police blotter, these guys were still at large.

So, maybe I'll try to reshoot the video blog for later this week, not that I'll be here, but I can shoot it and edit it on the road.

I also have to finally get this new laptop up and running. I have be hesitant about loading all my music back (I am so going to pay for the iCloud!), and then resynching my phone. Denton lost and had to reload all his apps....and there is question on whether I will lose all or some of my contacts.  That can't happen.  It just can't.

Song by:  Led Zeppelin
Posted by Blobby at 9:21 AM

I agree - it is best to keep in the present and go forward rather than dwelling on the lost/past.
nevertheless, it does prompt me to go to that website and get my blog published into print form !

I can't wait for your vid. They're always good.