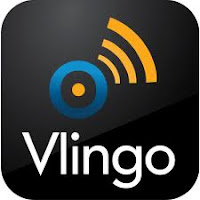 The iPhone 4S is probably a fine device.  I could always use a better camera or a faster processor.

I'm not sold that I need Siri.  Sure it would be nice to know what a good Vietnamese restaurant is nearby and do it by voice command.

But there is already a good voice command / recognition program out there:  Vlingo.

Unlike Dragon Dictation, it is clearer and easier to use.  It also does not translate Denton's name and change it into '710'.   That is a downside, as now all of the group calls him 710.

But Vlingo does a Press & Speak thing that lets you dial a phone number, send an email or text message - orally.

Still 710 sent me emails, called my phone and sent me a text.   And this is the best feature: 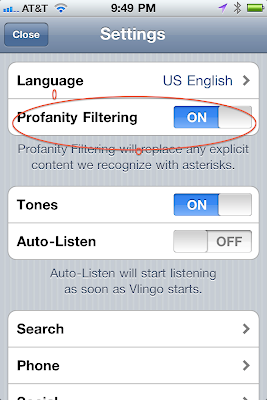 But 710 did test with it, and it worked perfectly - if you're so delicate in your language.

The big draw, of course, is it is free.  You know me, cheap as they come.  I've never used the Dragon Dictation, so I think I'll be deleting that.  I don't need it.

I wasn't really in the market to upgrade my iPhone and now I certainly don't need to for Siri.  This will do just fine.
Posted by Blobby at 6:42 AM

This is very cool, but what on earth was 710 replying to?

I have Vlingo, and think I've used it maybe one time. I'd rather just type. I'm not sure if that makes me lazy or not.

I'd really like the 4S, but for the camera. Compared to my 3GS, it's way better. But I'll just wait until this poor iPhone can't take an iOS update anymore.

I love Vlingo.... it works great and is particularly useful when driving and eating a happy meal while crocheting all at the same time... not that I do that (much). What's nice too, is that you can say 'search wreckless driver' and it will pull the search engine right up and give you options. Same for 'email'. I highly recommend it. Best $9 I ever spent

Can it translate Klingon?

Oooh I can't wait! Although I love what Dragon did to my surgeon's name, Dr. Heisecke: "Dr. Hi Sexy"

I appreciate your app of the month postings.
I will try this this weekend.