Dogs and cats.  That's all the intro you get. 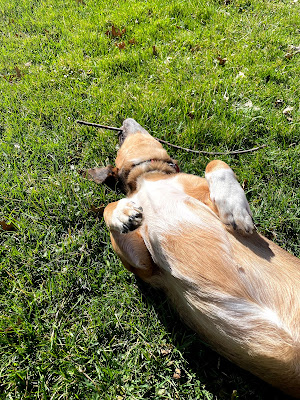 Shep has a new things with sticks.
He won't walk with one, but he'll roll around and chomp. 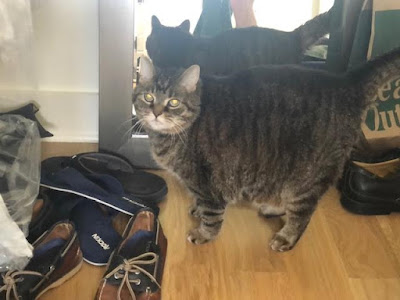 Sophie likes my closet. And the shoes in it. 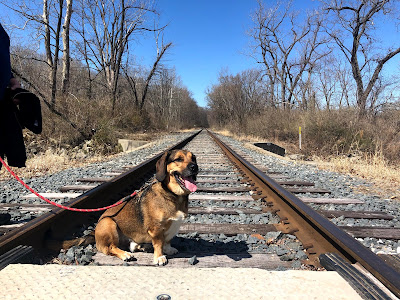 Hobo Shep.
Waitin' to catch a ride.
A passenger train came by a little later and a number of people on said train pointed to him and waved! 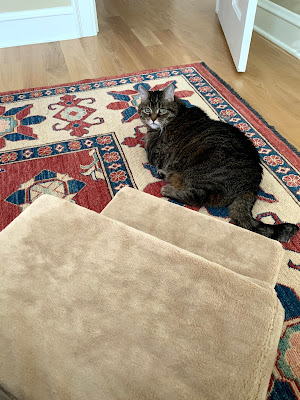 Sophie has a new set of stairs up to 710's chair.
She can still jump up (and down), but it's clearly getting harder for her. We have the means to make it easier for her, so we do. 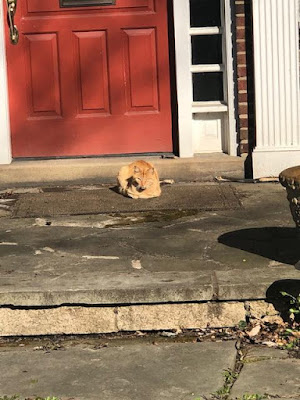 This guy - who isn't "Walter" from a few doors down (though we thought it was) makes a nightly appearance on our doorbell cam. He traipses across the front walk almost every night
Yesterday, he was just camped out on our porch - in the middle of the day.  He ran when I tried to get him to come closer to me.
I've named him "Rusty"
Song by: R.E.M.
Posted by Blobby at 12:07 AM

you are good daddies to miss sophie.
and I like rusty.
shep's stick pix - I wanna rub that belly!

Tuxedo is also having trouble jumping these days, and so we have also created steps for him to use.
The things we do for our pets because of all the things they do for us.

Untold comfort and satisfaction just by their being no more than who they are and by doing what they naturally do. We wouldn't expect nor want any more.

Leave some food out for Rusty. He will become your friend. :) Love all your pics. Enjoy your weekend.