I think eight - count 'em, eight! - cat and dog pics will more than make up for my laziness yesterday.  thankyouverymuch! 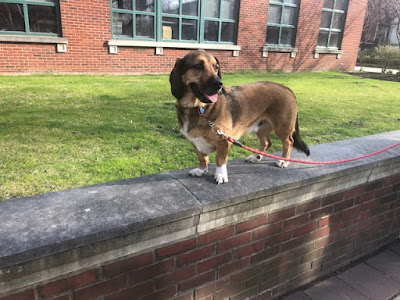 Shep loves a wall. He feels so tall! 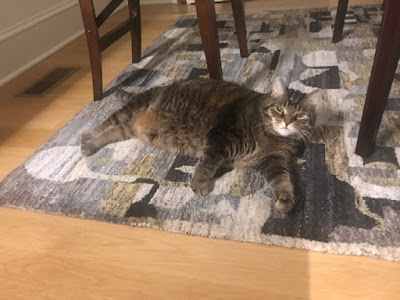 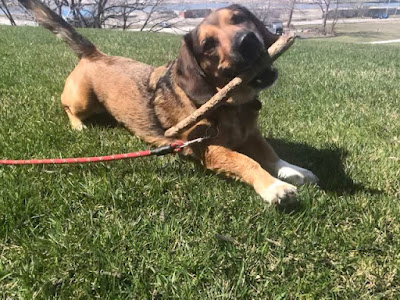 ....and he's still on his stick phase, which is still new.
He doesn't know how to carry them around them. Just lays down and chews. 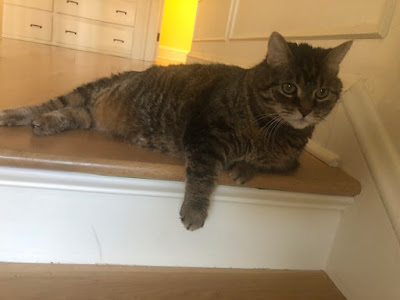 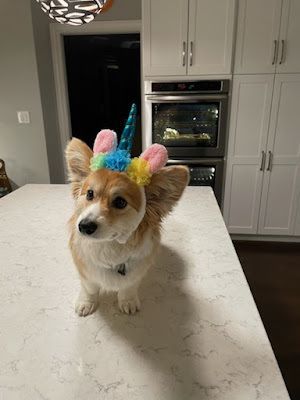 Unicorn Bailey.
You'd think it was my sister who dressed her up. Nope. My brother-in-law. Go figure.
I'm 99% sure my sister put her on the island though. 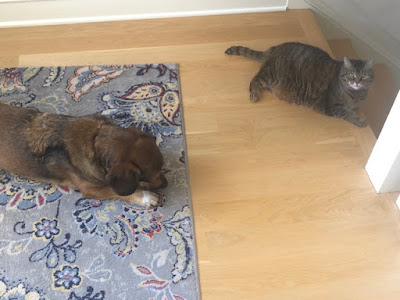 Closest I got to a pair shot.
Shep could not be torn away from licking his paw. 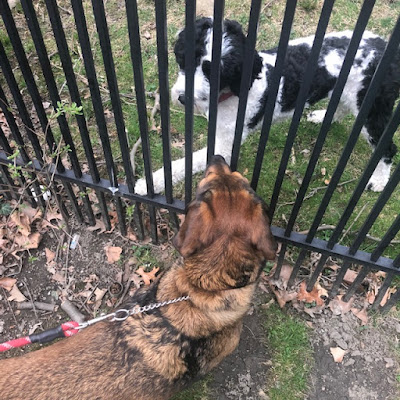 Shep's new would-be girlfriend, Penny.
Penny Lane, actually. She. Is. Adorable.
She lives three streets over and we see her most days.  I'm wondering how to ask for a play date. 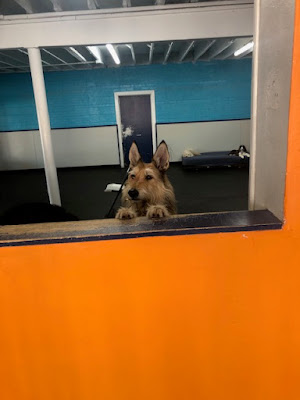 I LOVE this guy.
His name is Blue. I thought he was mutt-ish, but apparently he's a breed, the name of which I didn't catch. He looks part wolf.
He's very nice, but timid. He wants to be petted until you reach for him, then he backs away. Poor Blue.
I will love him.

Rug cat and the rug also, Shep with Stick ,true joy on his face. Blue , of course, we always want to nurture that one! Odd day sending me to
Bed happy! Thanks!

Thanks, we needed these,

They always cheer up the weekend.

Aww.. Sophie is a adorbs. It was National Unicorn Day yesterday! Your two are sweet as pie. And welcome Penny Lane to the cast. Have a lovely.

Okay, the dog as unicorn might be going too far if it wasn't so damn cute.
And, as always, Sophie gives good face.