More than halfway to the year goal and it's only April.
Saturday, we watched Uncle Frank on Amazon Prime.
As I have have chosen a string of stinkers, 710 got to pick. Rightfully so.  There is a reason, years ago, my selection for my groups book club actually imploded the club itself. I still blame Terry Gross.
710 chose well.  Well, he chose better.
Uncle Frank is a late '60s / early '70s story of a gay man from a deeply southern family (read: g-d fearing). It was written and directed by Alan Ball (creator of True Blood, Six Feet Under) who is from the south. Maybe it's semi-autobiographical, perhaps not.
There is nothing groundbreaking here, in terms of story.  The execution is well done, with Paul Bettany as Frank, his lover, Wally - played by Peter Macdissi (who was in Ball's Six Feet Under, True Blood and Towelhead) and Sophia Lillis, who plays Frank's niece, Beth.
The supporting cast is great too - in terms of name recognition:  Margo Martindale, Steve Zahn and Stephen Root. And of course, the every present Judy Greer.  And NPR had a rib-tickler with her being in this:
By my reckoning, this represents the 1,523rd review I have written over the course of my career to feature the phrase, "an underused Judy Greer," and I am officially sick of it.
True. True.
Actually, all of the supporting cast are underutilized. Overall, they are openers and closers to the movie, for the most part, though Root is pivotal and effective in his screen time.  The other three, but especially Bettany and Macdissi, carry the film. And from that, mostly Macdissi. I liked Lillis a lot too.
I remember Macdissi as Claire's brutal / unhinged art teacher in Six Feet Under. He is wonderful in this.
Frank's back story is the most intriguing thing about this - and as you might expect, is heartbreaking.
The rest of the story - of hiding one's sexuality, the inevitable discovery of, and the reaction to - is tried and true. Again, well done, but very familiar.
Still, compared to the crap that I've picked, this might be the best of the year so far.
As this is Amazon, like products you buy, you get to review. Or read them. Unlike those products, there isn't a comment button  - which is good, as my fingers were ready to type. 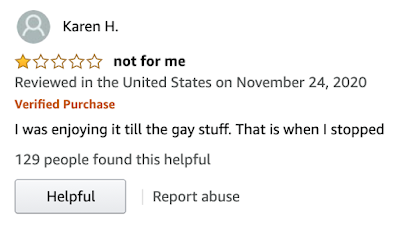 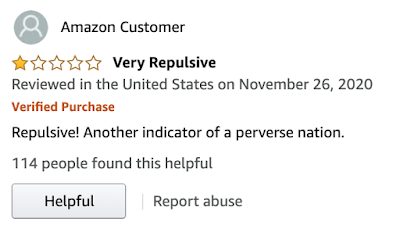 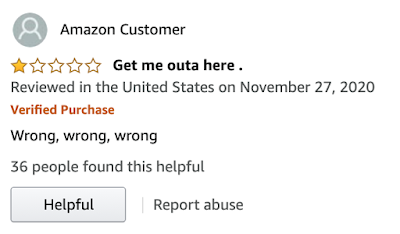 I would have written the same comment on on all, had I been able to:
"thank you for making the point of movie so succinctly with your review".
I'm sure that would have had them scratching their heads.
Of course two were 'anonymous' users, because: cowards.   But I did laugh that the other person was unironicaly named 'Karen'.
It all fit too perfectly.

Song by: the Drive-By Truckers
Posted by Blobby at 12:07 AM

Absolutely amazing, a movie I saw before you did! That almost never happens. I rather enjoyed it. Good storytelling.

"ew all the icky gay stuff! I'll close my eyes and it will go away! la la la la la!" - the deplorables leaving comments on amazon. CRUSH THEM!

I have a vague memory "Uncle Frank" was a euphamism for a gay man?

I adored Six Feet Under. It got ponderous after a point. When characters start making decisions that make no sense based on their past choices and behavior I start to look for an exit sign. I may try Frank out. Thanks for the review and the recommendation.

We watched the film at some point last year, and while the details are now fuzzy, I recall we enjoyed the film. I have Sergio pick out the films because I too have been on a streak of disappointing and waste of time films of late.