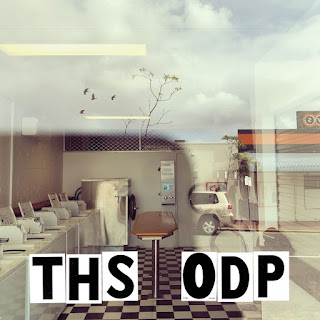 This is my first album purchase from the band the Hold Steady. I knew of them, but mostly from lead singer Craig Finn's solo work.  Their new disk, Open Door Policy was released at the end of February.

Maybe that's not a surprise, as the disk is produced by National-affliated Josh Kauffman (who also produced singer's Craig Finn's last three solo disks). Still, the bar band has been taken out of the bar to a degree and they incorporate more melodic, though still independent music ("Spices"). While released in 2021, OPD was recorded in 2019, about the same time as lead singer, Finn's, third solo disk.

There is no doubt there is some crossover from that solo work to the band effort. The Hold Steady has even incorporated horns ala the National (and Finn's solo disk).

Not unlike Finn's solo work, these are more stories than songs, but that's fine. He's never going to be confused as a trained vocalist ("Family Farm", "the Feelers")

"Hanover Camera", musically, is quite the homage to Steely Dan and / or Fleetwood Mac (albeit, Christine McVie Fleetwood Mac), though it has a hefty dose of Finn's solo work when you focus on the lyric aspect.

Finn has seemingly brought his two female background singers with him.  It's fine.

The album has grown on me, but I totally get it's not for most folks.  I like the story-telling aspect. These were never meant to be general radio fare, but there is a place for it and it's good long distance driving music.  But if you're looking for sing-along stuff - this isn't what you'll want.

I miss you Blobby! See you soon!