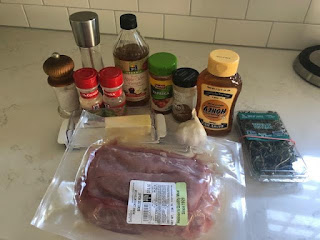 I haven't really done one for a while. Lately, we've been sticking to our tried and trues with a little change up here and there. I will be happy when it's a little warmer to do more grilling.

You know, I rarely use my slow cooker. But when at the grocery, I picked up a pork loin, whereas we might usually just do chops. I figgered the loin was less pricey in certain ways (i.e. leftovers). Now, I just needed an inventive way to cook it.

Slow cooking seemed to be the most practical answer - just not during the week, as it would take hours, but inconvenient hours at that. So it was a weekend meal. 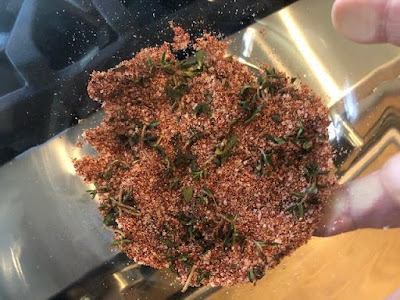 Combine all ingredients for the spice rub. 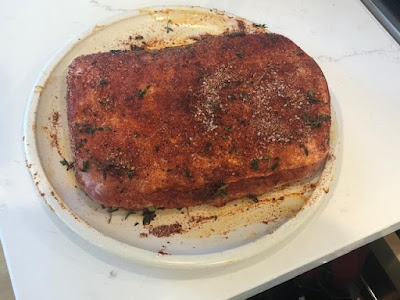 With a teaspoon of oil coating the loin, then put the rub on all sides of the meat. 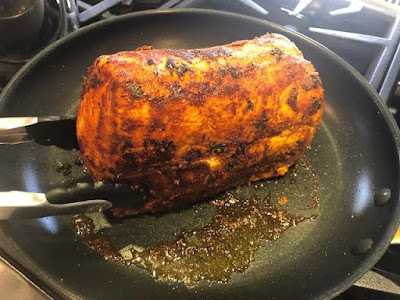 With a teaspoon of oil for the pan, sear all sides the meat, but not long enough where the spices burn. 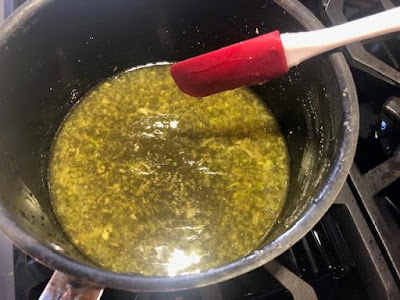 Concurrently, make the honey butter sauce.
Melt the butter. Add the garlic, letting it cook for 30 seconds, then add the honey, vinegar, salt and pepper. 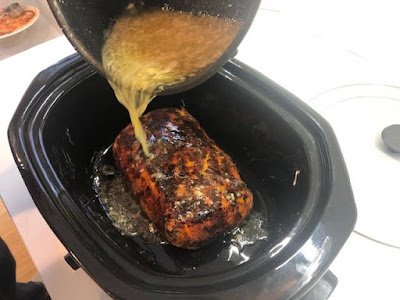 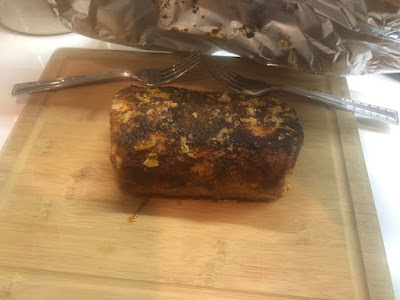 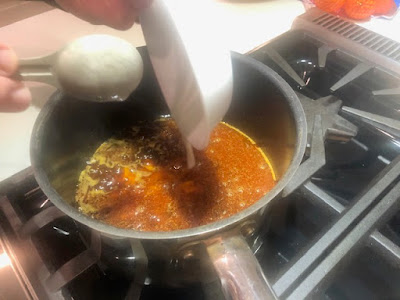 Put the sauce from the slow cooker into a large sauce pan. Add the cornstarch slurry.
Bring to a simmer and whisk for six minutes. The sauce will get silky, but looks very fatty. The recipe does not say to skim the fat off the sauce, but we did. Since it is SO much butter, we thought, after the fact, that maybe it was not supposed to be skimmed. 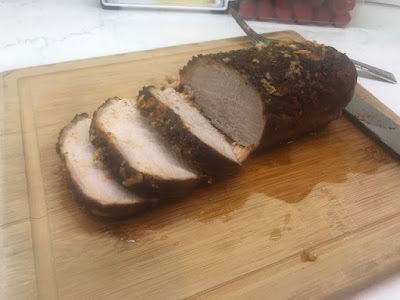 Even with overcooking, the pork came out great. Sliced up nicely. 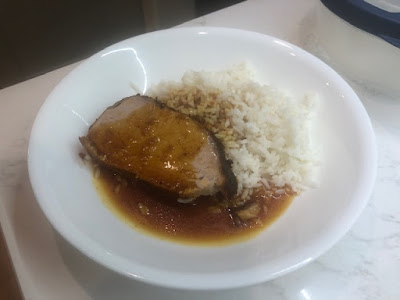 We made rice and put the sauce on the pork, which paired nicely with the rice too.
The flavour of the sauce was reminiscent of something you'd get at an asian restaurant, but I think that was the honey - like honey sesame chicken.  The pork, wasn't overcooked at all and very tender, though I can't say the rub was prominent, but everything tasted great.
I can totally see doing this, or something like it, again.
Posted by Blobby at 12:07 AM

That seems like a lot of work. LOL. You're a real cook. How fun. I'm not. I just eat really healthy, though... veggies, rice, plant-based everything. I love simplicity. Probably because I don't have the patience or skills to do what you do. Congrats.

When you said 180, I started laughing, other than Boston Butt in the Slow cooker, I’ve really never had much like for tender pork loin type roasts. It sure looks nice sliced.Also, in the bowl with the rice. sweet isn’t me but I’ve eaten a lot of honey and honey comb, as much as you can ,in my life. As always thanks , for sharing your life.

we slow cook a boneless pork loin in teriyake sauce, or sesame ginger sauce, or orange sauce, or honey BBQ sauce. it is usually a weekend meal for us also.

spouse will then take the leftover pork, slice it down, and make BBQ pork sammiches.

I just season the things, heat the oven to 500 degrees. Calculate the weight of the meat. Put it in the oven for five and a half minutes per pound. Turn off the oven and let it sit for 45 to 60 minutes. Works for me. Better with newer ovens probably.