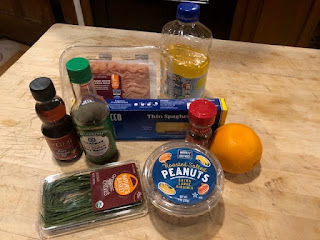 Lately it seems, the dinners I've been attempting at home have come from the liberal, failing NYT. Failing so hard, that of their $800M in Q4 2019 revenue, $420M came from new subscribers. Take that, BOTUS.

First. Fast-ish. It probably did take 30 min. I wasn't quite a prepared as I could have been.

Look very very very very carefully at the first ingredient. Most any recipe I've ever used for ANYTHING, has somewhere between 1/8 and 1/2 TEAspoon of red pepper flakes. Nothing has 1.5 TABLEspoons of it.  Ruckiry ? (not Jon's boss), I stuck with 1 T and didn't do the other 0.5.

I put four 'very' up top because I had to read it four times to make sure I wasn't misreading. Everything else, it seems, is fairly straight forward.

In a medium heatproof bowl, stir together the red-pepper flakes, soy sauce and sesame oil. Set next to the stovetop. 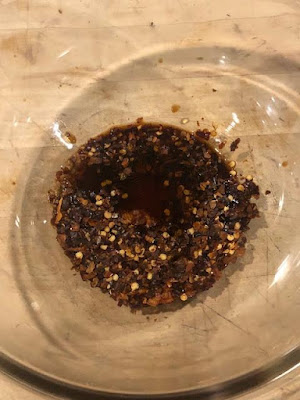 Bring a large pot of salted water to boil.

Meanwhile, in a large (12-inch) skillet over medium heat, cook the 1/2 cup oil, peanuts and orange rind, shaking the pan occasionally, until the peanuts are golden and bubbling, 3 to 5 minutes. 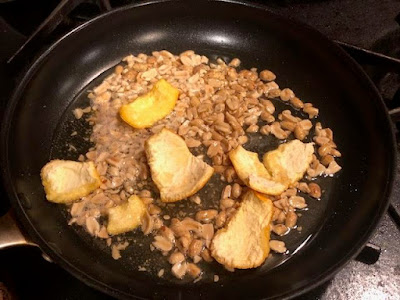 Immediately pour the contents of the skillet over the red-pepper mixture (be careful of splattering!) and set aside. 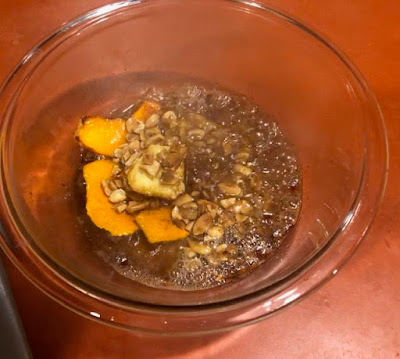 Meanwhile, in the same skillet, heat the remaining tablespoon oil over medium-high. Add the chicken and press it down with a wooden spoon into a thin layer. Season with salt and a generous amount of black pepper and cook, without stirring, occasionally pressing the layer of chicken down, until the bottom is browned, 5 to 7 minutes. Break the chicken up into small pieces and cook, stirring occasionally, until cooked through, 1 to 2 minutes more. 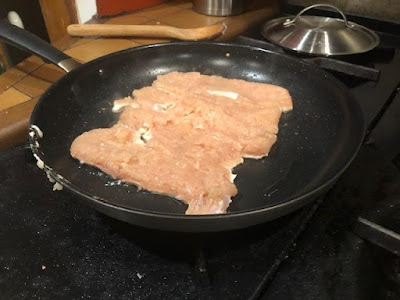 In my haste, I totally forgot to salt and pepper the chicken. I don't know if it would have made a difference or not, but I suspect they both would have helped in the end. 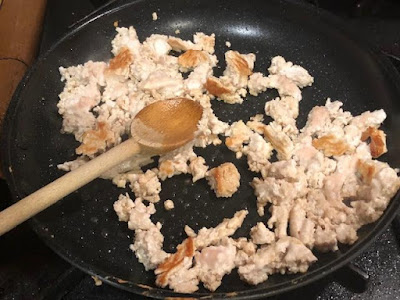 While the chicken cooks, cook the noodles according to package directions, until chewy but not soft. Drain and toss with a bit of sesame oil.  I don't know what a "bit" is. I used two tablespoons. I suspect I could have used more. 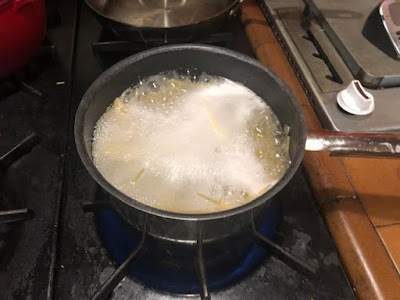 Remove and discard the orange rind from the chile oil. Off the heat, add the chile oil to the chicken and stir to coat, scraping up any browned bits from the pan. 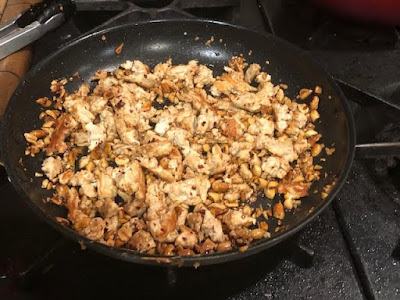 Add the noodles and toss to coat. 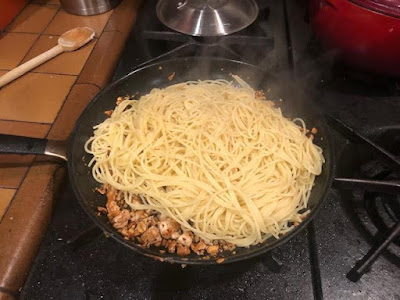 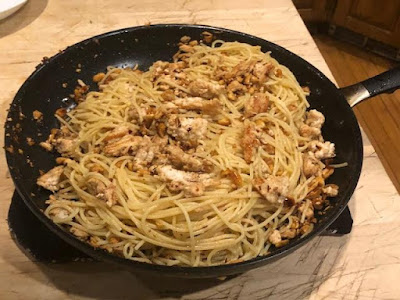 Top with chives and serve at once. 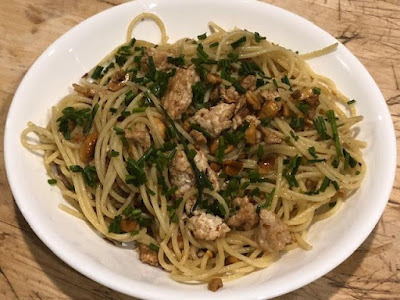 A. This tasted good. I do believe the salt and pepper (especially the latter) would have been beneficial.

B. It IS hot.....on the initial serving. I honestly don't know how people do it with that additional half tablespoon of red pepper flakes. I like spicy, but that would be far far far too much.

C. With leftovers, I suspected the oil would infuse more into the pasta and make everything that much hotter. This was not the case. The flavours mellowed out, though the peanuts were still the spiciest, which stands to reason as they saturated in the chili oil for a while before incorporating them into the dish.

We both agreed we would keep this in rotation, but honestly, next time I will dose down the red pepper flakes......maybe to 3/4 of a tablespoon.
Posted by Blobby at 12:07 AM

It does look marvelously appetizing and makes my favourite meal (four slices of bread soaked with vinegar) look positively unimaginative and laughable by comparison.

I love me some noodles; I haven't had a bad noodle dish yet.