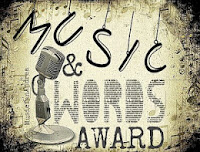 Ohhhh....Fearsome nominated me to participate in his meme on music. Of course I agreed. He's a nice enough chap. I like music (clearly) and well, one always needs a blog post idea.

It's a simple enough task for 4-5 questions.

I won't nominate anyone. Fearsome already nominated most of the folks I would have done anyways.

What does music mean to you?
I think growing up, music as an escape for me. I had different tastes than my sisters and certainly my friends. I pretended to like things like VanHalen or the Doobie Brothers, and they might have even had their moments, but not enough to engage me.

I can read and play music - mostly on trumpet or piano, though I know a few guitar chords.

I know they say music is an art, but it really is a science. Timing, rhythm, cadence all plays into how a song is structured.

I know people think that advent of the WalkMan and iPod cut people off from the world - and to a degree that is right, but those things made life so bearable for me. And trust me, keep my music playlists to myself from time to time makes it bearable for others too.

What is your first related memory?
Ha! Oddly I don't remember it being any children's songs or anything my mother sang to me - if she sang at all, which I'm 99.81% sure she didn't. I was the 4th out of 5 - she didn't have time for that shit. I don't think there are any pics of me before I was 2 or 3.

So my first music memory was in our house in Sylvania, which would have made me somewhere between ages of 3-6. The Monkees were on the radio, or more likely an album of one of my sisters, and I thought if you could cut a hole in the fabric that covered my father's hand built (by him) Heathkit speakers, I could see the band playing inside of said speaker.

No worries, I never had the opportunity to cut it open. And my safety scissors wouldn't have been effective.

What was the first album you ever purchased yourself?
I have touched on this subject any number of times in any number of posts over the years. And even though I was like all of 8 years old back in 1971, I'm not ashamed to admit the purchase - the Carpenters self-titled album. 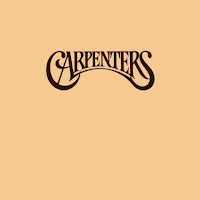 What was the latest music you purchased?
I'd say this is a trick question, but I suppose it is not. But it is not an easy question. "Music" isn't the same as album. And iTunes kind of fucks around with how I used to buy music.

The question wasn't what 'album' did you purchase last, or was it what album did you 'get' last - because I will get things from the public liberry.

And then there are iTunes pre-orders. So, technically, I have purchased something that is still a month away from release, though I did get two pre-release tracks. 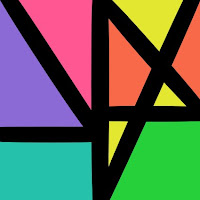 So, the last music purchased would be the new(er) New Order disk. No, not the one from from last October. Well..........kind of the album from last October.  Instead of Music Complete, this is Complete Music - remixes from their last original release.

It comes out in May, but with the pre-order, I got two tracks immediately.


What is the very last song you listened to before writing this post? (be honest).
Well, if I'm being honest, iTunes was shuffling through and it was on a-ha and the second single from their debut album, "the Sun Always Shines on TV" when I began the post.

I like a-ha (well, some of it - not their James Bond theme, that's for sure), I like the song and I even like the video. Well, I like the imagery. Something about mannequins playing stringed instruments, singing background vocals or being the audience just amuses me for some reason.

Song by: matchbox twenty
Posted by Blobby at 1:42 AM

Muy excellent, thanks for joining in. Carpenters, hehehe....Awhile back I posted about them and playing Mystery Date with my next door neighbor

The Carpenters! Loved them!

I did the naughty thing by recording that Carpenters album onto an audio cassette which I still have. Karen C's voice was, and remains, the sexiest and most warmly comforting female voice in pop music I've ever known, even now sending shivers down my back.

Ah, The Carpenters. I've always loved them. I'm told that I do a haunting impersonation of Karen Carpenter! Singing, that is.