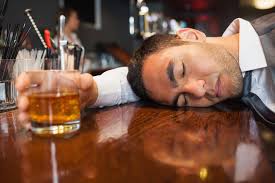 Let me just apologize for the typos.

For the record, that's two nights in a row.  You'd think I was still living in Columbus (hi Morty! hi Becca!).

The idea was to stop into a neighbor's house to his part to - and I'm not kidding - to "see his etchings".  I kept changing the word to "drawrings"  (and not, that is not a typo).

There was lot of artwork on the walls, but most, if not all, was done by his father, and all were nudes. After I found the open bar, I'm not sure I checked out any of the artwork. Actually, I am sure I didn't.

Allegedly there was food, but when we looked in the serving area, there was celery. And dip. And that's it.  Yes, they eventually brought out pulled pork sammies, but not plates, no napkins, no nothing. So we ate nothing.

That did not bode well for having an open bar. ....and me.

It didn't help that we went on a hike most of the say - more on that in a different post. 14,000+ steps, 52 flights of steps, 7 miles of walking or climbing. More on all of that later.

I've said before, and I'll say again, we have great neighbors. The room was truly split into two. Neighbors..........and the Others.

As predicted, word had gotten around about Petey, and if not, people asked about him. It was a fine line. Wanting to be nice, wanting to inform....and not wanting to spend the entire night talking about his death. Is it any wonder I drank?

Still, everyone was great. And we had a good time and stayed way longer than planned. But that was due to good friends and neighbors.  .......and an open bar.

Is it wrong to say sometimes I like to be drunk?

I don't think so; at times I like to be drunk too.
You inspired me to post by this one.

hey, it makes life interesting. but WTF with no plates/napkins/utensils for the sammiches? BAD HOSTS!

Sometimes, drunk is good, especially when you have a 710--or, in my case, a Carlos--to see that you get home.

Now, about the lack of plates and napkins. What kind of barbarians live in your 'hood???

Obviously the host was straight, which is his only excuse for not having food available on time and for not having plates, napkins, cutlery, etc. No self-respecting gay would commit such an unforgivable hosting faux pas.

Alcohol is good. So say we all.