Technically, this is a Shopping with Billy.

You see, Billy is my would-be straight cousin.

I guess, for the record, Billy is "straight". He's married, has kids, yada yada yada. And yet, he sent me a picture of him naked in his hot tub. So, there's that. I mean, you couldn't see anything {oh so sad for Billy!}. He did it to get a reaction.

I never did ask if he used a self-timer of if his wife took the shot, and if she knew what he was going to do with it. I'm almost guessing he told her.

I'm only telling that story and putting "straight" in quotes, on the off chance that Billy actually reads this. Because I want to rib him. It's what we do.

The man does like to tease me, mostly about me being gay. Yet it is all good natured. I love him and he continually makes me laugh, so it was funny - and yet not entirely surprising - when last Sunday he sent me this........ 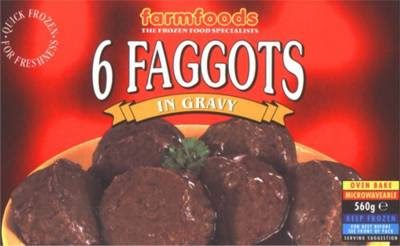 Billy would never actually call me that name - not even behind my back. He realizes the absurdity of the product. But now that I think of it, I never did ask him where he happened upon such a would-be purchase.

Of course, there was the follow-up text too......his messages are in the grey boxes. 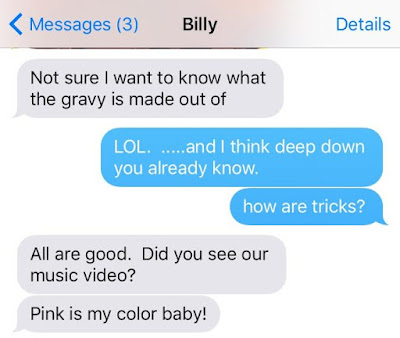 And yes, he has a music video. And a new album. Billy and his wife put out children's music. I believe this will be their third disk. I'm ashamed to say I own none of them - but then, I have no kids.

Maybe at some point, I'll make Billy a My Music Monday.

But until then, he just gets a Shopping with Billy.
Posted by Blobby at 12:01 AM

I scrolled up and down twice looking for the hot tub pic. Just sayin'.