As much as I barely dress up, I'm never one to dress up the kids. Petey doesn't even like to have his nose wiped, do you really think he'd let me put a costume on him?

They are cute enough on their own. 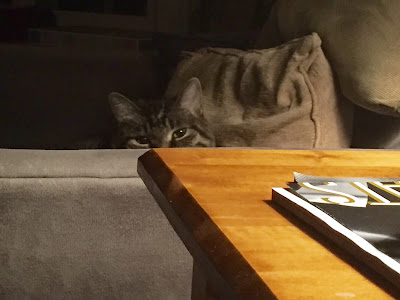 I'd say she's giving me the 'evil eye', but it's just the look of contempt. 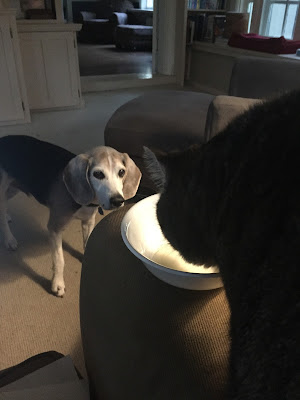 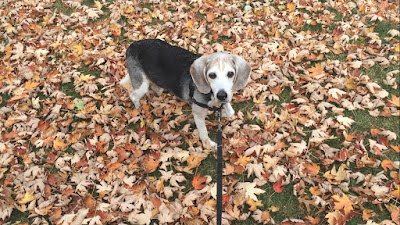 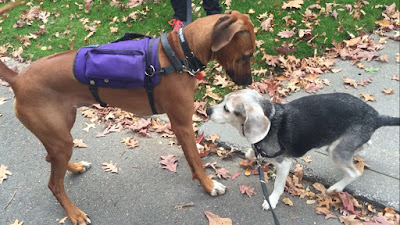 Kegger loves to play but doesn't know his own strength and size compared to Pete.
He jumped on Pete a few times. No worse the wear, no worries. 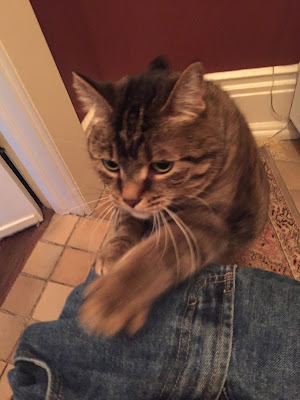 Where Sophie is concerned, I have no Fortress of Solitude.

BOO to one and all at your house!

We got shark costumes for our boys this year. Marvin tolerated it fine but Walter went berzerk and got it all twisted around him and 1 leg through the neck opening. You have the right idea. ;-)