Autumn is only half done, but I now we are inching towards pre-Winter. The week has been very nice - great in fact. 60s and 70s. In frickin' late October !!!

Sure, allegedly it sleeted and snowed last Saturday. I wasn't in town, so I don't know this for a fact, but I hear things.

I took advantage of the good weather. Well, I used Petey as an excuse - and he fucking loved it. Car rides. Park walks. Sniff-fests. He was in his element.

He met a Jack Russell (so barky and growly - though it didn't phase Mr. Pete). He met a German Shepard (soooo nice). Het met lots of nice people. But mostly it was about the smells.

We won't have too many more opportunities to do this until Spring 2016! 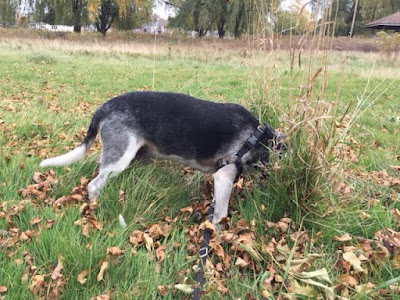 The big take-away?
He didn't come out eating anything or with a half-dead animal in his jowls. 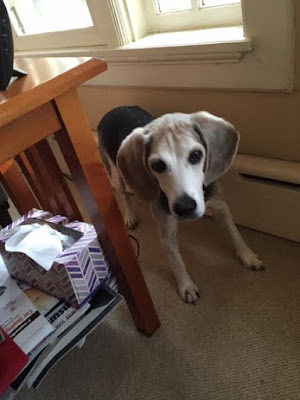 Behind a table. Tsk Tsk.

He's not supposed to be there, because he tangles himself in cords and knocks over lamps.  ...but he's so cute. 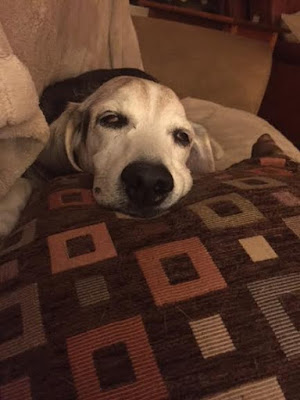 Petey does like to face me, propped up on a pillow while he rests.

Usually his eyes don't get so creepy looking. But I love the closeness he wants from me. 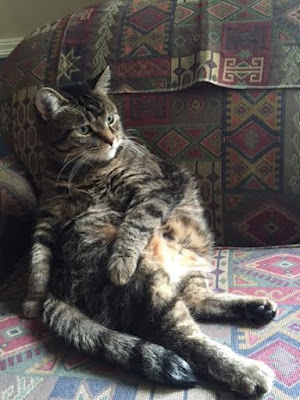 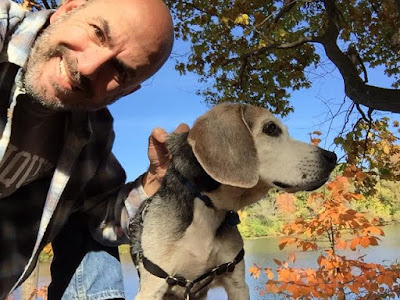 Trying to get Petey to pose on a beautiful Fall day.

He's not about to cooperate. He never does.

That's it for this week.

our furry kids DO love us unconditionally. looking good yourself, blobby!

There is nothing like a bracing walk in Ohio. I must try it sometime!
JP

Petey looks like he had a fabulous day ... and Sophie? Well, she's giving me Full-on Sophie.

Sophie's pose reminds me of some Renaissance painting, but I can't put my brain on which one.