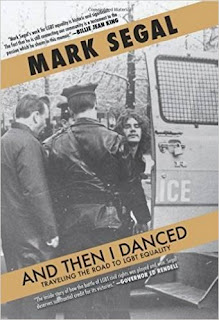 Now and then - being a star blogger - I get asked to review things. Normally I ignore such requests.

Yes, more often than not, my blog is light-hearted, though I'll have the political rant now and then. But really, it's about stupid stuff that means nothing to no one. This is one reason I'm curious as to why anyone bothers to ask me to do anything.

If they read any of my music or movie reviews, they know I'm a tough critic. Morty even made me ROR the other day because he just assumes even my positive reviews sound like I'm panning whatever I write about.

I should be more careful about that, but it did make me smile.

The last time I was asked, I never officially accepted. They sent me the link to their movie and I didn't officially review it. I didn't even give you the name of the movie it was so banal.

I think the reason I didn't officially review it - or link it - was that some PR person was just doing their job sending out info trying to gain some traction, and well, the movie sucked. Part of me felt bad for that PR person and I kind of let them off the hook, even though they didn't make the movie themselves. At least I don't think they did.

But a month or so ago I was asked to review a book - and I agreed, so they sent me a promotional pre-release. A galley, if you will. I figured, if I liked it, I like it and if I don't I don't. Depending on, I might never get asked to review another thing again.

No offense to the PR person (whom I believe has left her position since sending me the copy), but I chuckled at some of the email - it was pure marketing 101:

Having Bruce Villanch - the writer of soooooo many lame-ass jokes for award and variety shows - to endorse the book isn't the 'get' you think it is.

Anyways, the book is And I Danced (Traveling the Road to LGBT Equality) by Mark Segal.

Segal has been around for five decades, founding the Philadelphia Gay News, reporting on Stonewall until and up to recent events.

My issues aren't with Segal per se. He sounds dedicated, accomplished, respected and experienced. Some of his tales are interesting enough, so that is a plus in his favour. While he says in the intro that most things are chronological - there is a lot that is not.

With no forewarning, you're jumping years, even a decade or more. Segal talks about his nephew living with him during the break-up of his relationship, but doesn't bother bringing up how his nephew came to live with him for 50-60 pages. So when he talks about how Jeffery dealt living with them during that time, you are kind of going "who?  what?".

I'm all for out of sequence stories. as they can work - but they shouldn't involve each other if that is the case. Rosanne Cash did this wonderfully in her memoir, Composed. Each chapter was pretty much stand alone - that is not necessarily the case here.

Most of the stories are more anecdotes than deep dives into either his professional or personal life. I feel these are party stories he tells, committed them to pages from years gone by and just assembled them for the ability to publish them as a book. On many topics, Segal seems to skim the cream without a lot of what is / was underneath. That is a shame, as I'm guessing that is where the real stories are - though the average reader might not care about that kind of detail.

I know there are difference between memoirs and writing copy, but the use of first names for professional contacts had me going back to see exactly to whom he was referring.....like I'm suppose to remember the Philadelphia mayor by his first name. I suppose it's Segal's way to infer the closeness of their relationship, but this methodology doesn't work for me - the stories are supposed to do that, not how he refers to them.

No offense to Segal, but 'groundbreaking' doesn't apply here. While he was at the forefront of a lot of political and social change, so were many - and many of those have been chronicled years ago. I'm not sure 'inspirational' applies either - 'drama' is what you make of it, but it's all relative. Again, a story of an unraveling relationship due to AIDS, depression, infidelity and addiction is horrible, but not horribly new or original - at least to those of us who lived through those decades.

Don't get me wrong, And I Danced is a fine read - even an easy one. There are interesting stories. I suppose I was just put off by send-up the book got, and it doesn't live up to those expectations.

.....and that, dear readers, was the last time anyone will undoubtedly ask me to review anything. Ever.