Yes, even when I'm away for the weekend - which I am - I've got a Petey and Sophie post for you.

No worries - Petey isn't even at a kennel this weekend. My sister agreed to take him. She is VERY excited. If you remember, we got Petey from her due to other circumstance, but one of those was not their family not adoring Mr. Pete.

So, he'll be there, with his brother Boomer. I'm hoping she takes lots of shots to send me. It's only two days. I think he'll have a grand time. 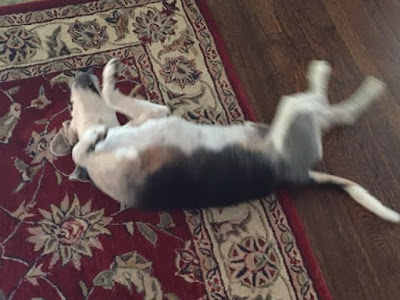 Roly Poly Petey.
Waking up - himself and the house. 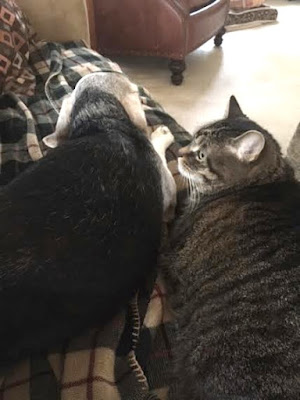 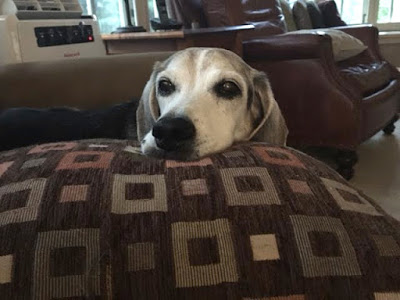 I'm not sure if he's deep in thought or forlorn.
I'd be devastated if he were an unhappy pup. 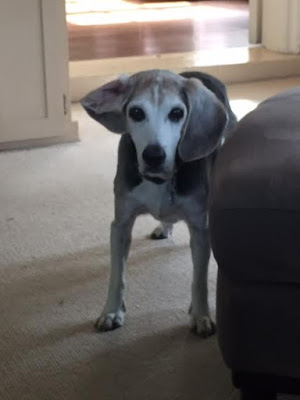 Stand-Off.
And you know it's serious when the ear doesn't move back into place. 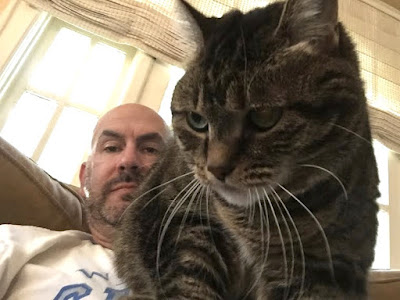 don't ya just love it when the cat sticks its rump in your face - NOT! when mine do that, I often wonder if they are going to "surprise" me...

anne marie in philly said...
This comment has been removed by the author.
12:26 AM EDT