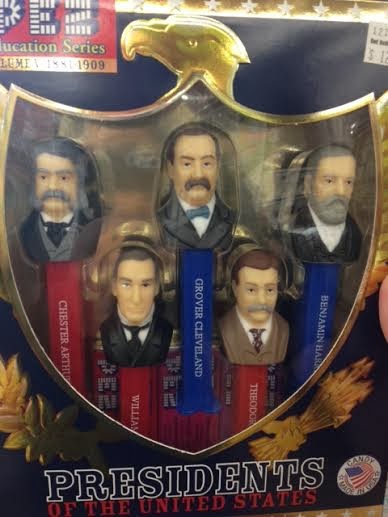 It's not big enough of a "holiday" to derail a My Music Monday post, but I'm fairly certain that in almost of 11 years of blogging, I have never done a President's Day post.

I guess that all changes now!

Growing up, all images of President's Day are the obvious ones:  Washington and Lincoln. Sometimes Jefferson was thrown in there, but that's about as far as it went.

The Simpsons had a great little song about the 'mediocre presidents' back when the show was still good - and relevant. Maybe 15 years ago.  The tune was spot on:

"we are the adequate, forgettable, occasionally regrettable, caretaker presidents of the U.S.A."

The song goes on to mention Taylor, Tyler, Filmore and then Hayes....and William Henry Harrison ("I died in 30 days!").

It is possible I can name all 44 presidents....though not in order. At least for a while in Memphis, some streets go in order of the presidents, though I doubt there are two Adams so close together - that could be confusing. And I don't think they have 44 streets that are presidentially named. Still, I think I could do it. And at least since 1900, I think I can get them in the correct order.

So I've been carrying around this title image for months:

Maybe Lincoln, Washington and Jefferson's families have tighter control of their images and brands. That's why you get Arthur, Harrison, Cleveland, Taft and the "other" Roosevelt.  ....and they have to be identified on the stem.

Nor are names marked on the box set that was sitting next to the elected officials. 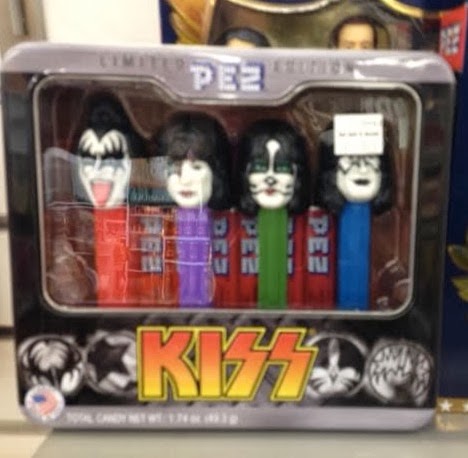 Song by: the cast of the Simpsons
Posted by Blobby at 12:08 AM

You're kidding about Teddy R., right? I always thought he was supposed to be considered rather NON-mediocre. He's on Mt. Rushmore, after all. I'm sure Wikipedia has nice things to say about him; did you check?

So, the Taft Pez kind of looks like Scott Bakula?