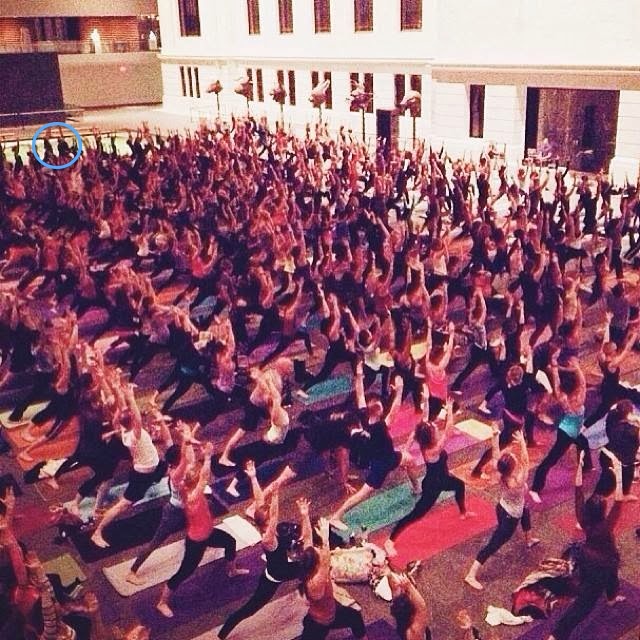 Saturday night was another yoga event.  I know, I know - hard to believe.

It was another Believe in Cleveland event, somewhat like we had last August.  But this one was held indoors. I mean, it is February. In Ohio. I'll do a lot to support yoga and Cleveland - but an outdoor event in Winter isn't really one of them.

And this was held in the Cleveland Museum of Art. It was just me and 800 760 people I'd never met or laid eyes on.

I'm rounding here, as I knew about 40 folks there.

True, we had our regular Sunday Yoga Posse in attendance. And there were a handful of others I knew - mostly instructors from various studios - but really, it was just another great event of coming together to flow.

I'm not sure how many instructors they had on hand to adjust, even though they did full introductions at the beginning, I didn't count them. It is safe to say they came close to having 1 instructor for every 15 participants (if not less). So Blobby was continually adjusted and readjusted.

It wasn't unwelcome, and I am getting better about having people touch me. And deep down I know they're trying to help me be better and not mocking me for my imperfect form.  ...until they go into their "break room" and just laugh at some of us. Oh, you know they do!

Still it was fun for David and myself.

While we were with the posse, neither of us had a lot of interaction with any of them. We were happier walking around watching and talking to others.  ....like Bri, our sometimes instructor. 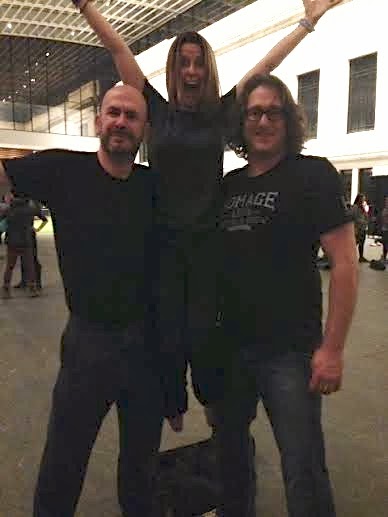 She was assisting, but not in our zone (which I've circle what I think is us up in the title image).

I have to say, the almost 90 minutes (we started a little early) class had me dripping wet. Almost disgustingly so. Yet I liked it.

There haven't been as many images floating around like there were from last summer's Rock Hall event, but I'm guessing because the lighting was so low in the museum atrium and the flash from an iPhone doesn't really do that much. I know most of my pics are iffy at best.

We had the "official" photog take our pic in front of a horse head sculpture, because it is after all the year of the horse. But man he took a shitty image. Maybe that's why no other of the official pics have surfaced!

David did take this pic of me. It was his idea, though I knew what I was getting myself into. 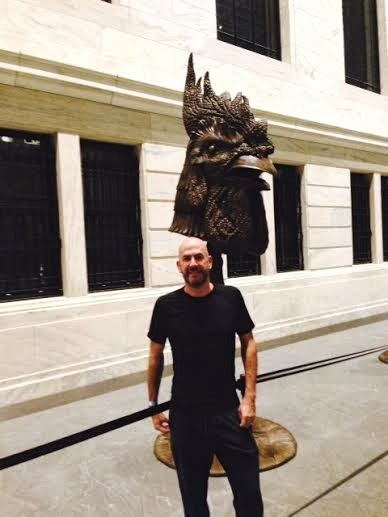 It was a fun practice, though much more heavily female dominated than the Rock Hall event. I mean, yoga is mostly female dominated, but if menstrual cycles really can be detected by bears - we were in massive massive danger.

Here is hoping they have another summertime event in the works.

Oh - and here are a few more shots that surfaced that is kind of worthy to use - though the title image and one below are not mine. Actually, neither is the one of David, Bri and myself. And technically, it was my camera, but the one of me alone wasn't even taken by me. 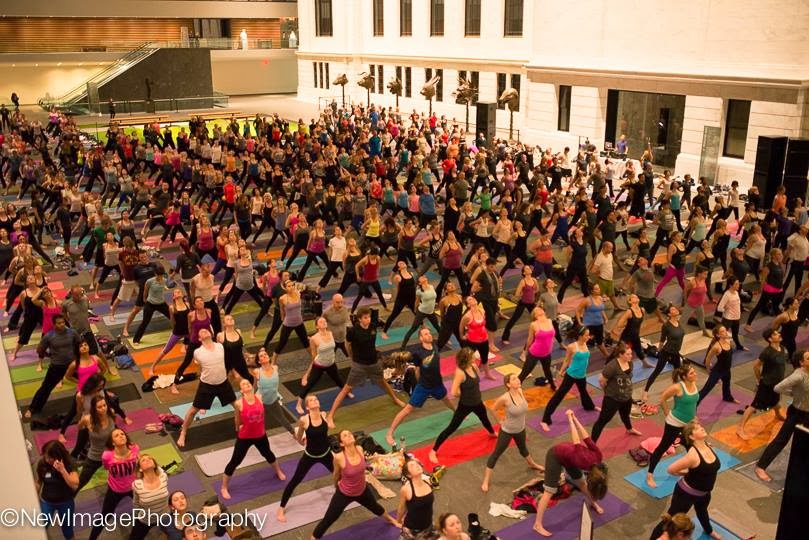 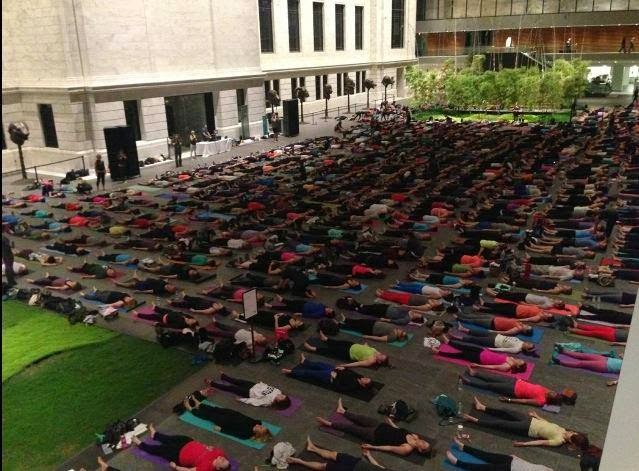 It's like a Spencer Tunick shot, but with clothes.  ...and yoga mats.

my goodness ; the classes are HUGE !
It gives me a bit of claustrophobia to see them. They aren't intimidating? All my classes had 5-10 people in them so I guess this is why these look so vast!

OK, of all the crazy things we have done in the past few years that was one of the most fun.

Looks like everyone is enjoying to be in that huge yoga class.