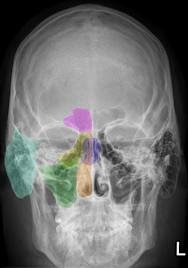 Like clockwork, I "usually" get them the third week of January.  But the 2014 clock must be running slow.

I thought I beat the odds. 710 got his cold (lasted two weeks) and I missed the January timeline, so I thought I was free and clear.

I'm never sure what to do for these either - other than force fluids and rest.

But when medications come into play, is it sudafed, actifed, benadryl or any of the other 341 over the counter medications they sell?

I opted to ask my friendly pharmacist.

You see - people don't utilize their pharmacist as a resource for such matters. In reality, they have far more knowledge than any physician who may have taken one or two classes in pharmacology. PharmDs take five years of this shit and are on top of every medication, every interaction, every day.

If you remember, my dermatologist got a small fortune out of me for butchering my thumb. The pharmacist provided me a very low cost option that was actually effective. I'm all on board for asking them about treatments - and they're easier to access than a doctor (and free!).

So, I told her about my cough, drainage and congestion. Without hesitation she said: Alka Seltzer Plus for Colds. She thinks it is the most effective thing on the market.

Ok. I've never used it. Nor have I used NyQuil - or its daytime counterpart. I hear stories, of course, of how it knocks you out. I'm not sure it does a thing for the actual cold, except to make you unconscious.

For some, that is enough of a "cure", but I just fear I'll drown in my own snot.

Anyway, I bought it. The package has liquid capsules: orange for daytime, green for night time. Got it.

The daytime ones did kind of ok. Nothing off the charts good. But I had a few moments of using one nostril. And  let's face it, until I get that left septum fixed, one and one-quarter nostrils is as good as it will ever work.

But oy - the night time pill.

I don't remember closing my eyes let alone turning off my light. I didn't pull one pillow off the bed like I normally do, so I was propped funny all night long. I'm guessing I never moved a muscle the entire night. I normally toss and turn and sleep on multiple sides, multiple times.

I also woke up an hour later than normal.

...and to top it off.....I still awoke majorly congestion and coughing.

Maybe you need to keep taking it, and I will for the daytime, but fuck that night shit. It's too dangerous.

And I'm guessing Roofies are cheaper.


I won't say yoga is completely out of the question this weekend, but any inversion might make my head explode. Is it worth the risk?  I'm thinking not, but maybe I'll be all better by Saturday morning.

I swear by the generic form of Advil Cold & Sinus that you can get at Wal Mart. I doesn't make me tired or gittery. But for four hours, no sinus congestion. Plus it's relatively inexpensive - 40 pills for $6.50 and I'm in.

I am not a big fan of the multi-symptom relief remedies because I avoid acetaminophen unless my fever is 104 or more (a rare occurrence thankfully, but can happen to me with influenza; then I alternate it with ibuprofen). I like to pick and choose my symptom relief, instead. Most of the time I need cough relief, so Delsym works well, just not for the 12 hours the label claims. Decongestants give me high blood pressure, so I prefer the nettie pot sluice or an actual nasal spray if I go into complete "vapor lock". The antihistamine portion is probably what knocked you out with AS+. I am pretty immune to the sedative side effects of antihistamines thanks to life-long allergies. If you'd taken something liquid like Nyquil there is also some alky-hall, but not enough that I would imagine a total coma thing like you described. (Fun fact: I always heard that Nyquil was a best seller in dry counties, above and beyond the expected demand for its labelled uses. If you look at the label it is perhaps as strong as a Schnapps or something, and combining that alcohol with acetaminophen is a bad idea.) Hope you feel better soon. I got my cold on Xmas from the rugrats in my extended famdambly. Two weeks + to get rid of everything.

"I'll drown in my own snot." I wonder if that's a named psychological fear?

AS+ nighttime doesn't have an effect on me. Must be my wiring. Or yours.