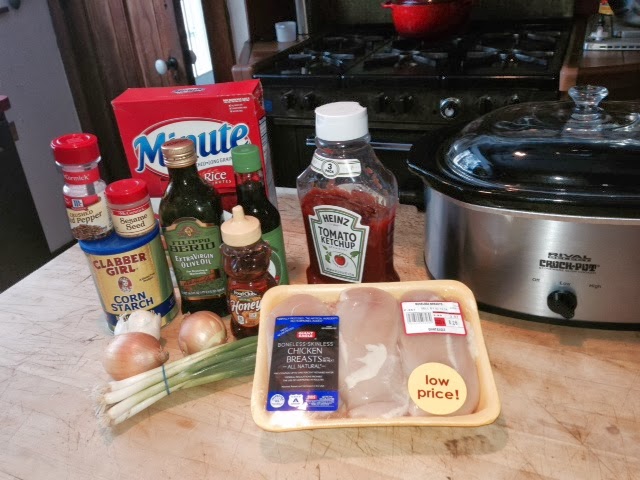 I'm a little late in getting this out, considering I made it last week.

I'm also thinking if I can make one new recipe per week, I can knock off another blog entry per week that way. This might be too ambitious though. On bad or busy days I just revert to my stand-by dishes that I can make quickly.  ...and don't have to document.

You've seen that I've had iffy results with the slow cooker. The one chili dish. Then there was the horrid ravioli one. I remember having a decent brisket one a long time ago, but nothing that wow'd me enough to redo it.

Yet, here I am, making another attempt at another dish: Honey "Sesame" Chicken.

The sesame is in quotes because I ended up not using the sesame seeds. I'm almost embarrassed to tell you how out of date those seeds were.

The spice cabinet has got to be the black hole of grocery money. Small amounts of spice one probably doesn't use up in the allotted time and they are pricey!  ...and they just languish up there until it's too late.  ...like with sesame seeds. I mean, how often are people using those?  If I'm a barometer, not often.

Salt and pepper chicken breasts on both sides, place in crock pot (no picture, sorry). 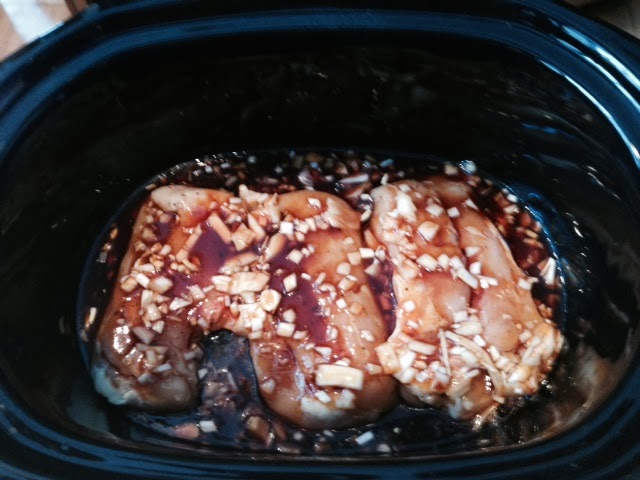 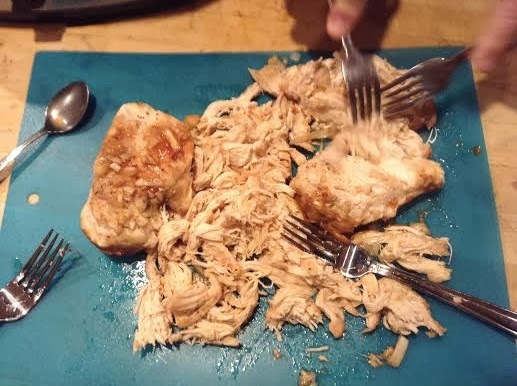 Remove chicken and shred it (though I suppose dicing it would be fine). 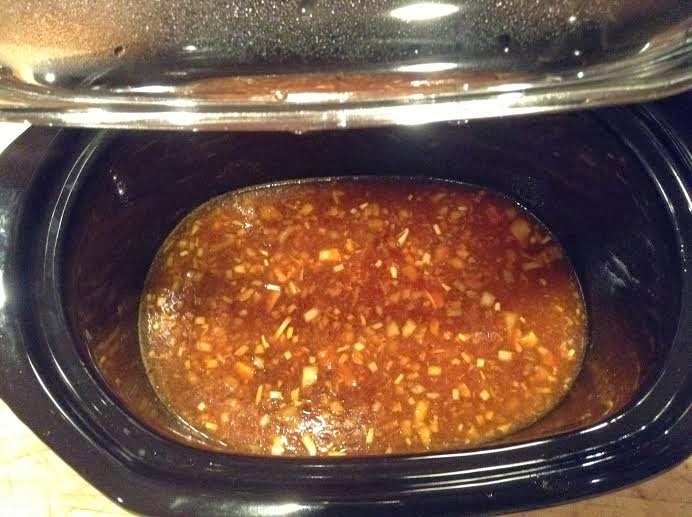 Mix corn starch and water together, add into the liquid still in crock pot. Cook covered on high for 10 minutes to thicken - stirring occasionally. It doesn't thicken up all that much (or mine did not).

If using rice, make separately according to their / your directions. The flavours were great. The sweetness of the honey, the saltiness of the soy and the heat from the red pepper flakes mingled well - none being over powering. The scallion helps. I think the sesame seeds would have too had we actually used them.

This serves 4 - so adjust your proportions if you're making it for more or less.

Since there are only two of us, we just dished up onto plates. For larger groups, it would look nice dished out onto a serving platter.

The prep time was swift. Mincing the garlic took the most time. Ok, maybe shredding the chicken took longer, but 710 helped on that part. Unfortunately for the go-to office person, the cook time is tricky - as it is not one of those in the crock pot dishes that takes up to 8 hours, only up to 3-4 on low or 2 hours on high. That is the only draw back that I can see.

* wondered if using Sesame Oil would be have been preferable, an option, or too overpowering.

Have you ever tried food processor mashed potatoes?

I discovered this quite by accident last week and they were the lightest, fluffiest, smothest mashed potatoes I've ever made.

Peel the potatoes and boil them whole.

When they are fork tender, drain and put in fod processor with sour cream, and butter, and pulse until desired consistency. Not having to cube them saves roughly half the prep time, and the processor blades help aireate them. The whole process took maybe 30 min, and most of that was boiling the potatoes.

you always have such delicious sounding dishes.