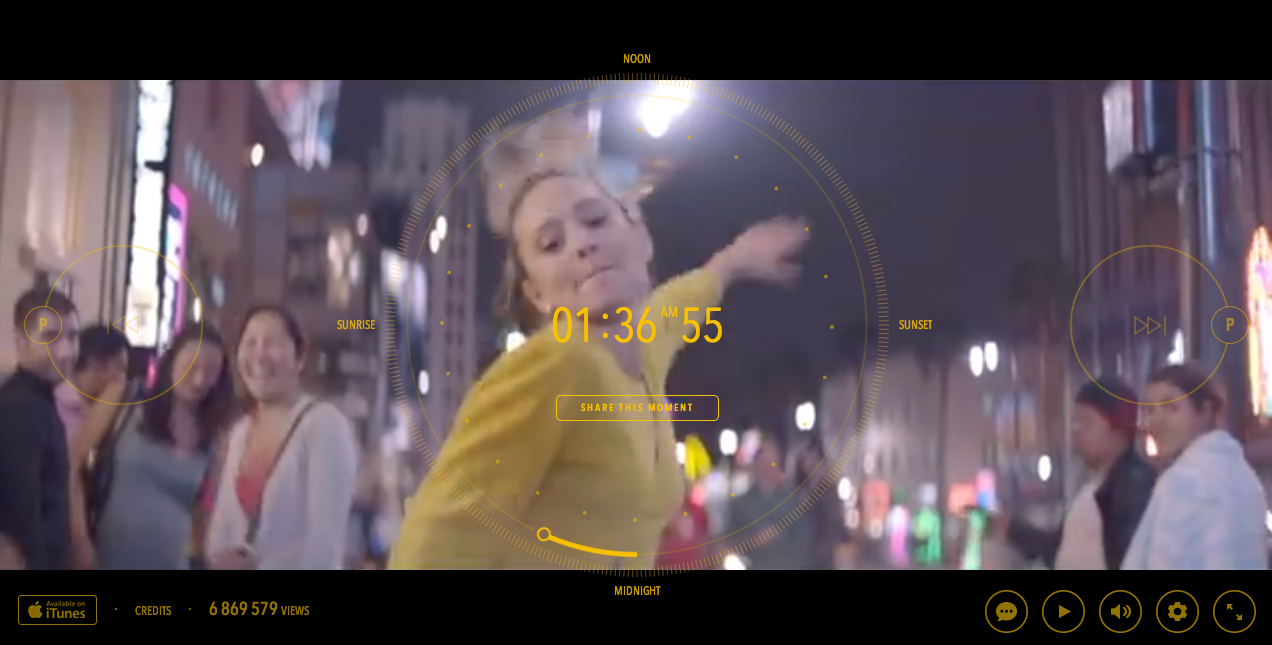 Wasn't I saying just yesterday I didn't have a Site of the Month?  Oh - my how times change.

I was actually going to have Pharrell Williams' "Happy" as  the My Music Monday selection this upcoming week, but changed my mind after seeing the "official" video.

Stick with me -  I know it's about music and not video. Hence the SotM.

I'm not a fan of either.

Oh sure, my friend Jon will tell you Vampire Weekend's version of "Blurred Lines" is way better (though, could it get worse?), but I don't see much change in arrangement or anything significant enough to differentiate it as better. I suppose it's a plus that it's not Thicke half-singing the tune.

Pharrell seemed to do most if not all of the singing on "Get Lucky". Nile Rodgers produced it and co-wrote it with Pharrell and Daft Punk - so I'm not sure exactly what Daft Punk's contribution really is and how it comes into play to get top credit for this tune.

Maybe it was their idea to repeat "I'm up all night to get lucky" eight or nine times in a row. Groundbreaking!

The lowest common denominator here is Pharrell. He might have a way with a hook on those two songs, but overall, I was more apt to hit 'scan' on my radio than I was to keep it for the entire track.

However, I will say, he has come up with one of the catchiest tunes that I heard a few weeks back with "Happy"  from what I'm guessing is from one of the Despicable Me soundtracks.  I'm sure people who have kids have already known about the song.

(apparently it's nominated for an Academy Award - who knew?)

Ironically, while the radio played his other songs to death and I've turned them, I can't tell you how many times I've hit 'repeat'. So he's got something going on.

However when "he" made the official video for "Happy", which is a bunch of intercut people dancing and / or lip syncing, the video guys took it a step further.

They filmed a full 24 hours of people dancing and / or lip syncing to the song.

At a little over 4 minutes in length for the song, someone "performs" the song around 12-15 times per hour. That adds up to somewhere of 336-360 "performances" over the day.

While you can view those hour-by-hour on YouTube, it is much cooler to utilize the site (my SotM):

It's actually quite an ingenious website, especially for a music video.

While you can dial anywhere in the 24 hour clock to view, it still takes you to the line in the song you left off with.

Of course you can just start by hitting 'play' and it will run continually if you so choose.

Maybe you want to see Kelly Osborne, Kevin Smith, Jimmy Kimmel, Steve Carell or Magic Johnson "singing" the song - they're in the mix somewhere - and for their whole turn. I think the rest of the folks are just wannabes.

While it would have been cool if they were everyday Joe's (and some might be), some are clearly true performers. And the set-up of different public places in Los Angeles aren't really realistic. Very few segments (and I've seen a bunch) have anyone in public turning to watch someone going crazy and dancing.

Still 24hoursofhappy is ambitious and I'm digging it.  ...along with the song.

I'm going to try that Spinach Ricotta pie this weekend,it looked really tasty, thanks for that post.

This song & video do lift your spirits, its fun to listen to. I agree, I don't get Daft Punk either.The spinach ricotta pie does sound good, I've got to try that recipe too.

Don't get me wrong..I love Pharrell and this song....but what I'm hearing you say is that it's horrible and boring if Daft Punk repeats over and over "I'm up all night to get lucky" and brilliant if Pharrell repeat's over and over the "Clap along if...." hook? Seems the same to me.

Jonny, did you see the spinach ricotta pie recipe?