the Treason of Isengard 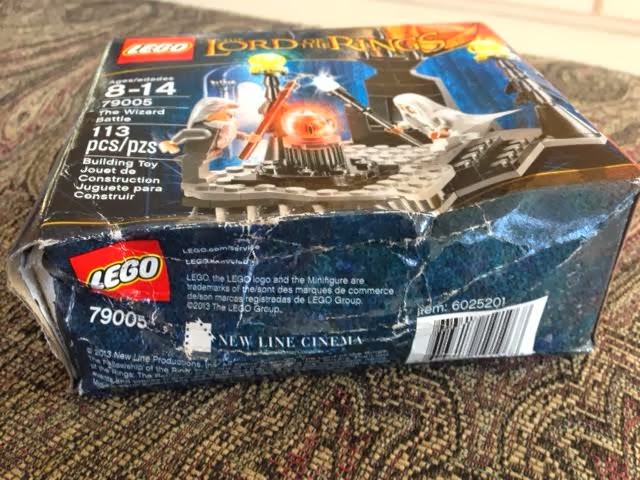 So this came in the mail on Friday.

The claim from Rebecca is that her children were fighting over it, which is why the package was so damaged. She failed to mention they were probably fighting her over the package.

...or it was found at the bottom of a barrel at a garage sale.....23 months ago. Or somewhere in the Ukraine upheaval.

Toys have come back from Lothlórien in better shape. 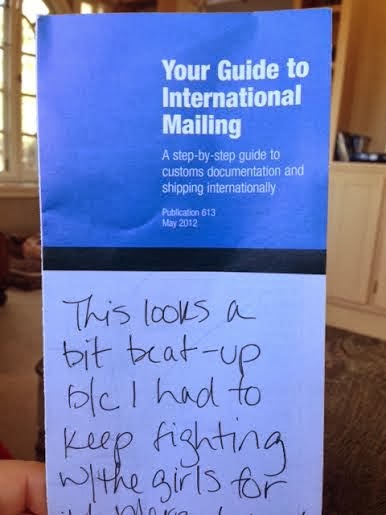 Poor Becca. Her primary education has failed her - as Columbus to Cleveland is indeed not "international".  But this is why we go over these things - to help educate.

Yet here is what was delivered - what I believe is to be my first Lego set.

I purchased an architectural set for 710, which has yet to be assembled, but I've never had or played with Legos.

Or in this case: Legolas.

Ok, the only fairy playing here was me - and Legolas was an elf.....so I misspoke.

So on a lazy Saturday morning of nursing a cold and skipping yoga, I broke into the box of 113 108 pieces so I could start to build The Wizard Battle.

Of course, you in the know are familiar that the wizards in question are Gandalf (the grey) and Saruman. It's a fact!

Since it was my first time, I did follow instructions. I'm not intuitive to build something on my own the way my late friend Sam did years ago with his Lego Larry Flynt Stephen Hawking. 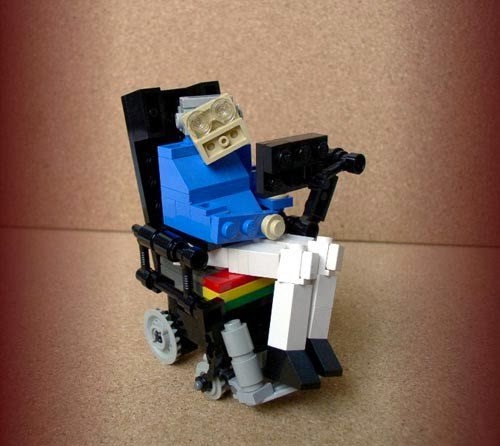 First off Lego production folks:  why are there two separate packs of parts? If you're doing to do that, at least have one part be for the first half of the build and the second part for the last half.  But nooooo...you couldn't do that, could you? 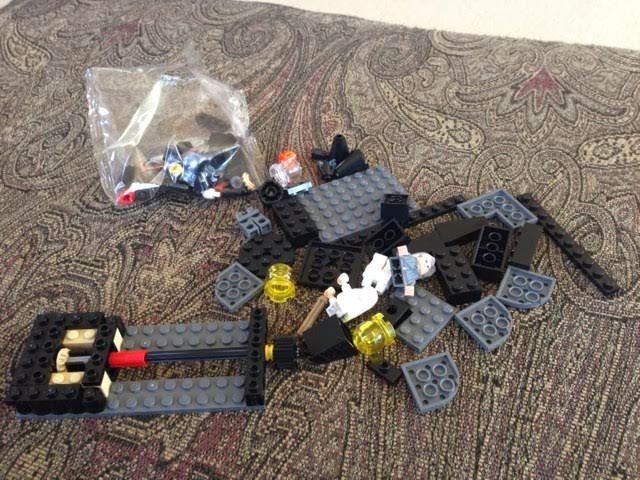 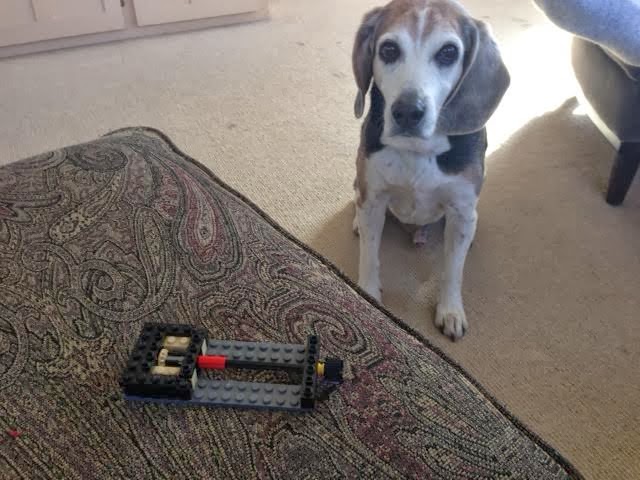 Naturally, I had a helper.

It had moving parts, which of course is important when Sauron needs to see what is what. 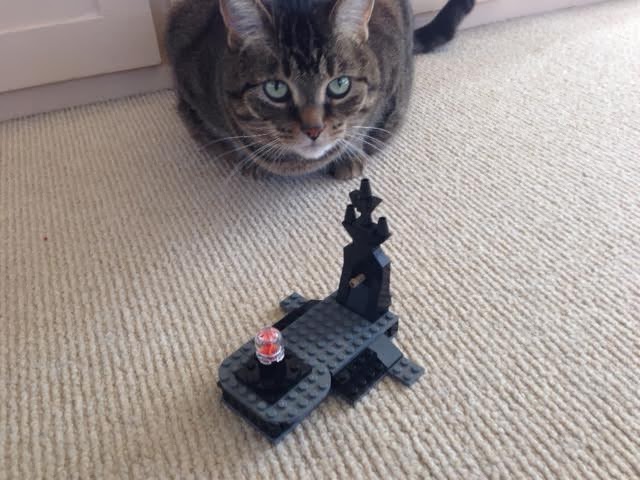 Who needs eagles or fell-beasts when you have kitty cats? 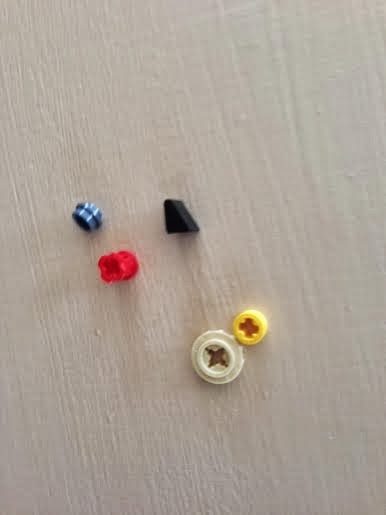 I'm almost positive the fine Legos folks provided extra parts. I'm sure there is no way I could have breezed by an instruction point where I missed something.  No. Way. At. All.

...and here is the finished product. 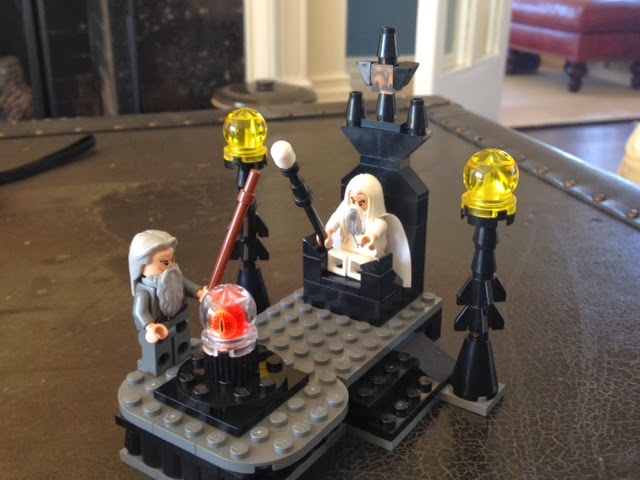 If you're familiar with the book / film, you know that the battle of the wizards has each of them tossing the other around like well.....old, used wizards. You can even have Saruman fly from his throne.


Becky wondered why I wasn't playing "action" with them. Maybe I didn't build it correctly (ok - forget about those five extra pieces already!), but those things are horribly fragile. I had to move it from the ottoman to a solid surface to finish it so it wouldn't fall apart. Playing with it would just make it fall to pieces.  ...and you know I ain't rebuilding it.

Song by: Howard Shore
Posted by Blobby at 12:01 AM

sophie caption: "WTF is THIS, daddy?"

Umm... why are Gandalf's legs on backwards?