Eye of the Tiger

Another week with Petey - another vet visit.  The poor guy.

Last Sunday morning (02:30) he woke us up in respiratory distress - coughing once per every 2-3 seconds. Of course, the only clinic open, within reasonable distance was the one I took him to 16 months ago.

I'll give them this - they were much better this time. No pressure. No huge fees / estimates. I think I was a little more in control of the situation than I was back then and I don't think it hurt when two guys bring in a dog and talk with what I'm assuming is a lesbian veterinarian.

I didn't ask all the right questions during the consult, so I'm still learning. Ruckiry (not Jon's boss), the faxed report to our regular vet provided information and time to discuss Petey's issue.

The good news is: it's not pneumonia. His lungs are clear. And it's possible the last time or two he didn't have pneumonia either (though he has had it a few other times).  We are now working on the assumption he has Tracheitis.  The newer vet we've been seeing is more open to not just diagnosing Petey off his past history - that's been good thing.

So now Pete has his antibiotics, but for a shorter period of time. He has medicine for his cough. And now he has a vaporizer with cool mist, as the dry winter air and the heat from the radiator he likes to sleep near helps cause his condition.

His coughing isn't completely gone, but he's much better. I'm sure I was extra worried about his condition last weekend because it was 02:30 and nothing good happens after 02:00.

Anyway........enough about that. Now it's time for Petey Porn....which is what you tuned in for in the first place. 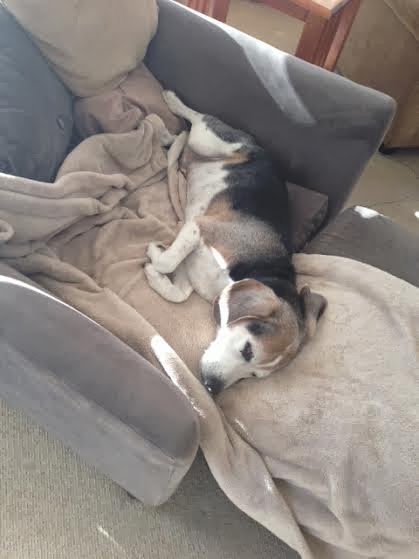 Resting the morning after the vet. He wasn't the only one who was sapped of energy. 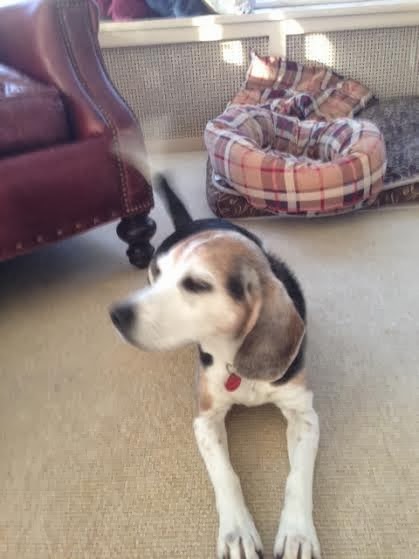 Drowsy. Waking up for me to take him to his follow-up appointment on Thursday. You can see his tail in motion. He's still a happy pup. 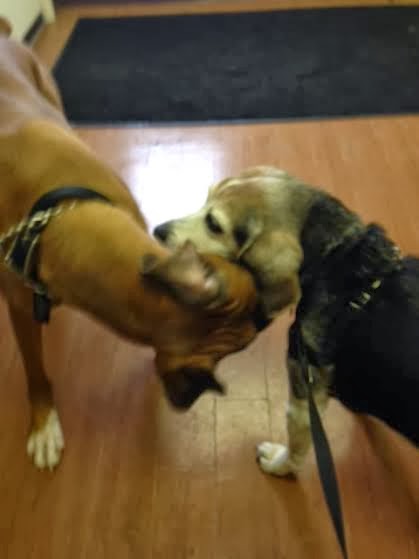 Petey meeting Rocky at his follow-up appointment.  They got along great. 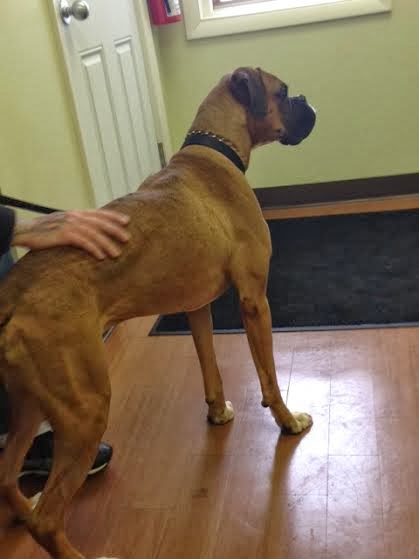 His new owners got him two weeks ago - after being bounced around from shelter to house to shelter and back again. He is possibly the sweetest dog I've ever met (and that's saying something). He climbed right up into my lap and put his chin down. I've never actually interacted with a Boxer before. I was kind of in love. 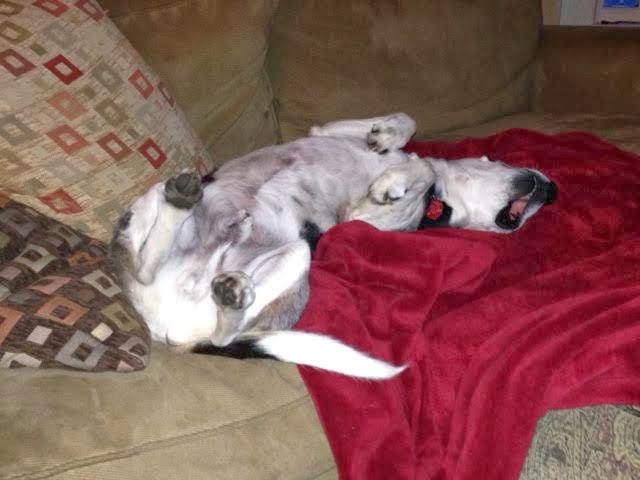 After follow-up nap. Always the charmer. But what do I care, as long as he is comfortable.

You can hear part of his cough here, as he attempts to "make his bed" on top of the sofa. He's still his old problem-solving self.

It's an ad for Starbucks, but it shows that Survivor has a sense of humour and / or needed the cash from the royalties. I can live with either one of them.

anne marie in philly said...
This comment has been removed by the author.
12:17 AM EST

poor petey; that cough sounds horrible. hope he is on the road to recovery.

(previous comment deleted cause it seems I can't spell after midnight)

I'm glad Petey seems to have gotten a more accurate diagnosis and treatment.

You have an incredibly steady hand when filming.