If you've been reading me for any amount of time, you know I do a wrap-up of the year in music. Granted, it is a very limited view, since it's only my view - not only of what I hear or buy, but what I like - I don't buy into the hype of either the charts or the critics who deem what is or should be "best". If my choices expose my readers to something or anything new, that is a bonus.

Album of the Year
This was more difficult than I realized. All of the albums I purchased this year were half to two-thirds good (and one-third to one half fair). There were no clear-cut winners.....or losers, for that matter.

As you'll see below, I loved most of the Civil Wars album and kind of / sort of liked a few others. I out and out didn't like one or two at all, that in theory I should have loved.

So after some thought, I opted to go with Natalie Maines' debut solo album, Mother. 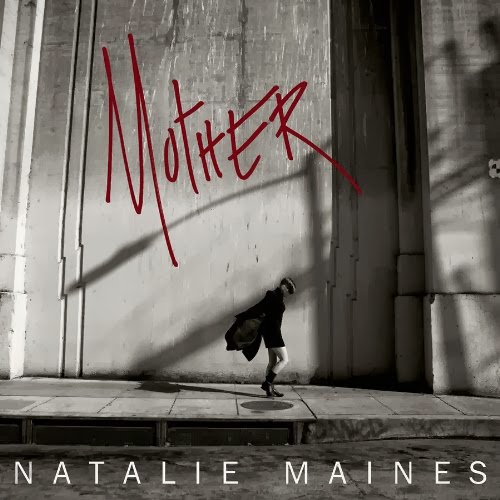 Maines' disk is one I like most everything on, at least on some level. The centerpiece, Jeff Buckley's "Lover You Should Come Over" doesn't do a thing for me. Nor does the title track. They're both well done in terms of production, but meh.

I really like "Free Life", "Take it on Faith", "Come Crying to Me", "Trained" and "Without You". Maines has a strong and unique voice and she could have done worse in her first Dixie Chick-less album, but she holds her own, though the style is nothing like her former (?) band...by design.

It is doubtful it landed on many critics top 10 lists. It received zero airplay and the sales were abysmal. It wasn't made for her previous fan base and the new potential market associated her with the 'country' label. In a way she was doomed from the start. The disk debuted in Billboard's Top 10 and then promptly dropped off the Top 200 chart.

Still it is a disk I still play often when driving. It's not a solid nod, but she gets it for 2013.


Songs of the Year
I have no one favourite song of 2013. I usually purchase when I hear something I like, so even the choices here aren't all of what I loved and they are in no particular order, as that changes like my mood(s). Don't read too much anything into the order. It means nothing.

the Civl Wars - Disarm
While I loved 75% of their self-titled disk, I played it to death. I would say a few months in, I'd grown a little tired of some of the songs I thought were my top picks. "Disarm" wouldn't have been that song at the time of the album release, but it's great - and a cover. of a Smashing Pumpkins song. srsly. It totally works - and whether you know the original or not.

Rosanne Cash - Modern Blue
A pre-release from Cash's forthcoming disk The River & the Thread. I'd already featured the wonderful "A Feather's Not a Bird", but I'm liking "Modern Blue" even more.....I think. If you pre-order her disk from iTunes, you get three songs downloaded immediately, which is why I feel I can include a 2014 disk release in my 2013 selections. It's a rockin' little tune.

Arcade Fire - Reflektor
I'm liking Arcade Fire's disk, Reflektor, more than I did two months ago when it was released, but I can't say it's the end-all / be-all. I really like half of it and I kind of like most of the other half. Still, I am digging the title cut with it's pseudo dance /1982 David Bowie vibe.

the National - Graceless
Like Arcade Fire, the National's latest disk was not an immediate home run. Actually it's taken a while for me to like even half the disk, yet it's growing on me. Their last disk, I still play a lot. But I do like "Graceless".

Wild Cub - Thunder Clatter
Dith (I know she loves seeing her name in the blog), turned me onto the track. I've heard it a few times on Alt Nation on Sirius / XM, but I put a crowbar in the wallet and spent the $1.29. And yes, I featured it as a My Music Monday selection a few months back. It makes the cut.

Natalie Maines (w Ben Harper) - Trained
As I stated above, Maines' debut album is nothing like her Dixie Chicks days (though one song was written by the Chicks). Harper produced and his band played. And "Trained" is the only Harper song on the disk. Initially, I would have said the song was at the bottom of the track list for Mother, but I've come to really like it. That's the funny thing about time. It is without a doubt the most rocking thing on the disk.

I'm always amazed that you are able to name each post with a song. Are you a music savant? :) Does linking each post usually help or hinder your inspiration?