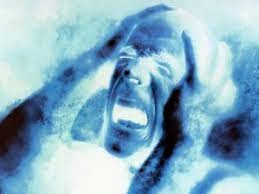 If dementia came on in a 24 hour period, I'd be a little more worried, but I don't think it works like that.

At least I hope it doesn't work like that.

In the last day, I've lost my wallet, misplaced the dog's harness and somehow cut my finger without knowing how or wear.

When not traveling, I don't use my wallet a ton, so I had to think back to when I used it last - which was the day before at the grocery. Ruckiry (not Jon's boss), they had the wallet - why they didn't bother to call me, is beyond me. Nor did they ask who I was when I stopped at customer service to pick it up - they just handed me the wallet.

I'm also forgetting an incident that happened yesterday where I couldn't find something, but I forgot what that was too. This isn't pretty - or all the humourous either. I ain't laughing.

I did text 710 to let him know of two of the three incidents - he knew about the cut the night before - you know just to watch out for me.

Hopefully my biorhythms are off (do people still chart these so-called biorhythms) and they'll just get back on track. It's a blip - or.......I'm off to assisted living.

You would have to mention biorhythms. The day I nearly died was the day all of my primary and secondary lines intersected at zero at the same time.

Hopefully this is nothing more than stress. That will make you lose your mind like Kanye and his boycotts.

Is this really unusual for you? This would be like a typical day for me. If 3 more things were to go lost/missing/forgotten.

I hope your brain, and the rest of you, is okay.

I have done this all my life, so I'm quite used to it.
The Freudians would say we misplace the things we unconsciously want to discard - perhaps this all is a sign to join a commune in CA?