Unfortunately, Petey is sick again. Pneumonia....again. Same week as last year, can you believe it?

But we caught it early, so he's not as ill as last time, but lord, do I worry.  He's eating, but not drinking a lot. Walks are ok  but abbreviated. It will take a few days to bounce back.

These are pics over the last week or so, most of them before he came down with his malady. 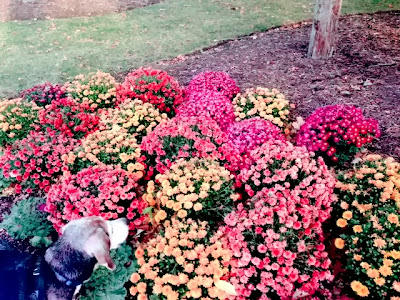 Staking out his peeing opportunities at the nursing home down the street.  If only he could see colour. 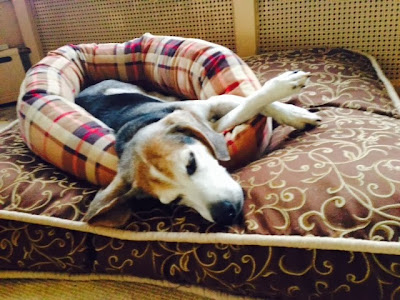 Just double-bed sleeping. This was pre-illness. 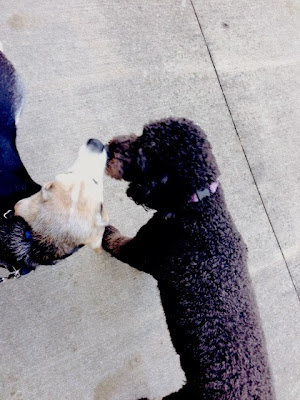 Shane loves Petey.  Petey tolerates Shane.  Poor Petey, so grey on top, he just washes out in this pic. 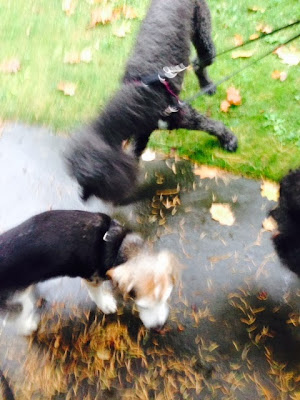 Louis (the top standard poodle) is nice.  Frankie (the one you can barely see on the right) is a love. He is one of my favourite dogs in the 'hood. Petey ignores both of them. 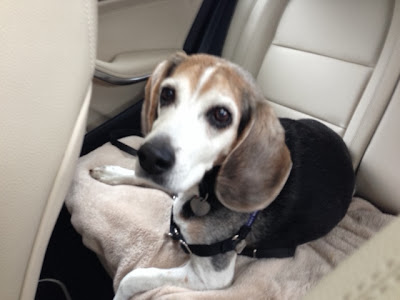 Petey's first ride in the Benz!  Too bad it was to the vet. 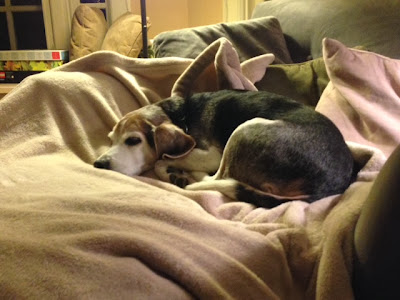 Petey commandeered 710's chair before he got home from work. Since it was post-vet visit, and he was so comfortable, no one dared move him. 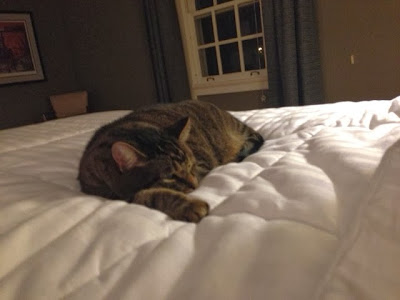 710 might have to fight Sophie for his spot on the bed.

poor 710 has no place to sit or sleep! the sacrifices we make for love of our furkids!

get well soon, petey. pneumonia sucks (having just had it myself).

Get better quickly, Petey - and be assured that the best wishes of us all are with you.

I hope Petey gets better soon. And good luck getting Sophie to move from that spot!

Great pics! Petey is so cute!