I believe years ago I did a segment on the foolishness of the naming of wines.  Marilyn Merlot (ugh), or Plungerhead (that has a toilet plunger on some guy's head).

But I think we have now jumped the shark - so to speak. 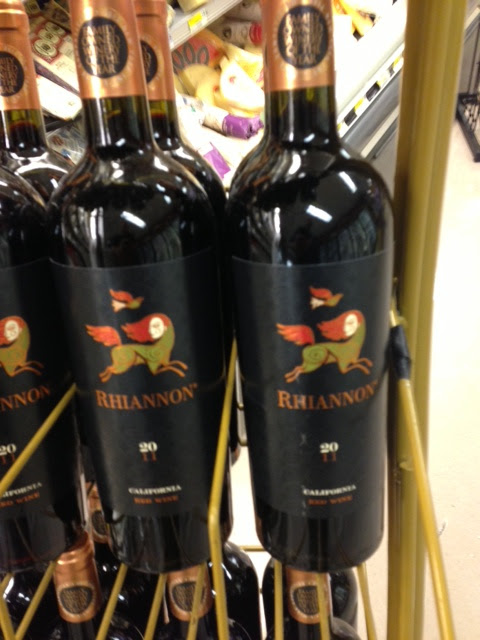 I like Fleetwood Mac / Stevie Nicks as much as the next guy, though my love for them has waned over the last decade and a half.   ...but c'mon!

Yes, it's possible that the wine was named for a mythological Welsh figure, but I think no one ever heard of that character before Stevie Nicks wrote her 1975 top 10 hit.

I don' know who these marketing gimmicks aim for, but I'm assuming they had a crack analytical team knowing that forty or fifty somethings would buy this because it hearkened back to their youth.

Poor Rhiannon. Will she ever win?

I googled it and it's a family name and they say it pays homage to their Welsh roots. Did you write it for them?

Maybe they're hoping people with think it says "Rihanna" and buy it for that reason? S&M, post beveraging?

Could have been "One Wing Dove"... that;s what I always thought she was singing...