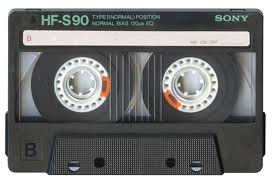 I've changed the image for the My Music Monday post. That gramophone .jpg wasn't working for me.

I'm going back to 2003 for Pat Benatar's last release, Go.  I know, can you believe she hasn't had any new material out for a decade?

I'm not sure if she can't get anything made, can't afford to do it herself or just to busy opening for REO Speedwagon or Cheap Trick on the rib festival circuit (no.....it's sad, but true, that last part).

The music business isn't what it once was, even to former big sellers like Pat.  Her last two releases have been on independent labels since no major will sign her - isn't that sad?

I liked Pat's music (well, for the most part), but could have done without her MTV - Spandex look that was a requirement back in the day.  Oh those black tights and wide red belt....who doesn't remember that?

Ms. Benatar has always had a strong voice even if you might not like her material.  It was the '80s and you had to kind of rely on some sort of talent, not that auto-tune crap that can make anyone a "singer" (i.e. Britney or Key-dollar sign-ha, etc).

I loved her second to last disk, Innomorata, and I want to like Go more, but I don't.  It wasn't as innovative but I do like the title track.  And yeah, I like the album cover too. 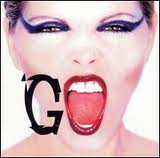 There is no video for the song - well, not an official one.  Some fan-based one actually puts together some of the worst early '80s video cliches into once clip and makes a truly horrid video, but one that was totally plausible of being a real one back then.  In good conscious, I couldn't include it here.

So all you get is the player.

I'm open to hearing new Pat, but I'm not holding my breath on that.
Posted by Blobby at 12:35 AM

Did you read her book? I really enjoyed it. More of a love story and an "us against the music industry" tale instead of a "sex drugs and pain" story. No real gossip but a fairly impressive list of friends and collaborators.

I loved Pat Bentar's music, but the last thing I bought of hers was Seven The Hard Way.

It's sad the music industry has changed so much. Now someone great looking with a mediocre voice can become a multimillionaire thanks to Auto Tune and marketing.

Uh oh! You mentioned my favorite hot button issue in music production. That would be Autotune.

Some artists like Radiohead have used it to very interesting effect on a few songs.

A few years ago I found this, which is the greatest (and most demented) send-up of auto-tuned vocals: