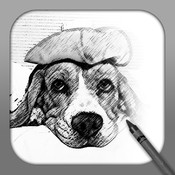 I thought I could use Cartoon Camera FX Plus for fun images for blog posts, but the more I play around with it, the less likely it seems that it will actually play out.

There are a few of these apps out there - that turn actual photos into ones with elements of cartoons - and from sampling a few, this seems to be the best.  At least for the freebies.  You know I ain't payin' for that shit.

One, which I already forgot the name, let you try it THREE TIMES, before they tried to force you to upgrade, at cost.  No way Jose.

It doesn't hurt that the app image is a beagle.  Or a beagle with a ice pack on his head.  I can't quite figure it out.

You know I'm not fond of pictures of me, but for samples, I tried using me, but it didn't work.  Not just because I was f'ugly, but some of the elements worked better for non-humans. Or non-Blobbys.  I didn't test it on other humans.

The FX part is you can make photos (or direct camera shots into the app) into Cartoon, Alien (it just turns you blue), Rice Paper (turns sepia toned), Deep Black (black and white), Sketch and Dreamy.

For my examples here, I'm only doing Cartoon, Sketch and Dreamy.  If you play around you can also put a Sketch photo through the Dreamy FX to get weirder images. I tried it, but not showing it here.  Sorry.

I'm giving two examples, one with the house, one with Petey......because everyone likes a dog. 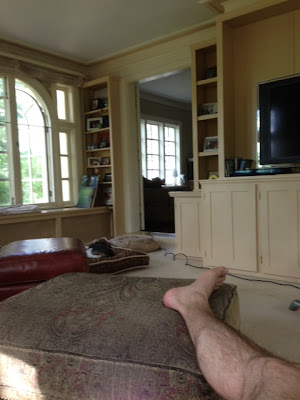 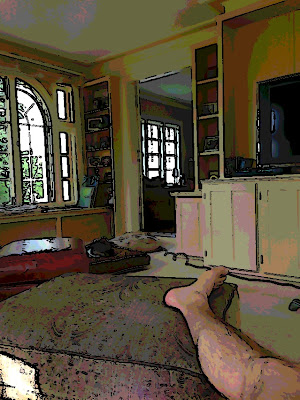 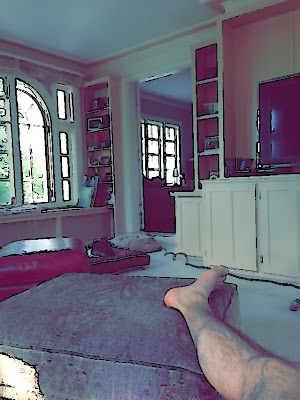 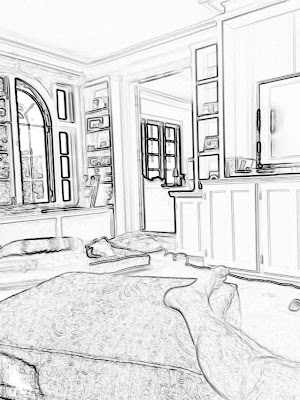 The Sketch does well on details like the windows and the cabinet. 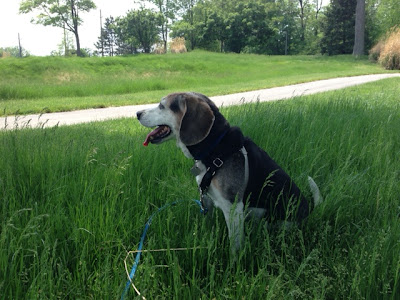 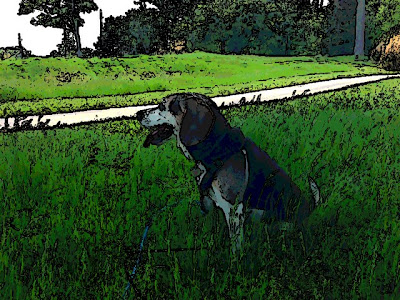 I think this one came out ok. 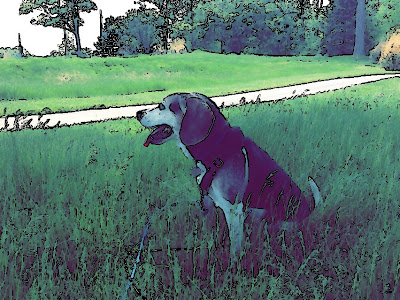 It looks a little Seurat-y, if you ask me.  Not that you are. 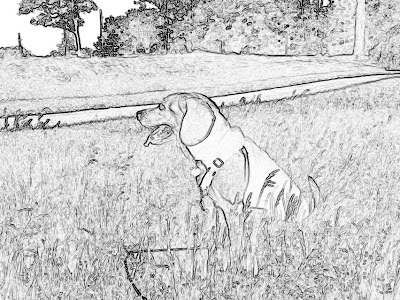 Again, this is where live animals and people don't seem to sketch as well as inanimate objects. That being said, lighting of the original picture has a lot to do with how some of these FX come out.

So, it was something to play with and it was free.  I mean, it was a time suck to finally do it and get eight images, but other than that, there was no money exchanged.
Posted by Blobby at 12:31 AM

Thanks for the 'consumer reports' type researchon these. I think the sketch one is kind of cool.....downloading as I type

I too enjoy your app reports - one or two of them I still use, so I am grateful to you.