Ohio has been missing from the map of reported coronavirus cases. No longer.

We have three known cases. All in the county in which I live. And all tested at the hospital in which I work.

In theory, there shouldn't be overreaction to this virus. But that's just a theory.

You see, normal precautions should help keep the virus at bay, though older folks and immunosuppressed folk could find challenges. Oddly, where the flu has been killing kids, COVID19 doesn't seem to be targeting that population.

But reality is different than theory.

Three known cases and our republican governor, whose party declared this virus a 'hoax' declared a full state of emergency........again, for three cases. Why would anyone panic at that pronouncement?, he said sarcastically.

I have yet to see anyone other than myself and doctors wash their hands for more than 20 seconds. In Panera the other day, two people took a total of 3 seconds each.

All hospitals here are literally locking up masks and hand sanitizer. Visitors, patients and staff have been stealing them. Yes, you heard that correctly. Sure, stores and supply chains are out of these things too, and masks are an iffy bet anyway, as they are not the fitted respirator kind, so good luck with that.

And while many think, "it's just masks and hand lube", the reality is, if hospitals don't have them, and cannot order them, imagine what it does (or actually, doesn't) do for infection control in an inpatient setting. Imagine when the place that is equipped to take care of ill people cannot, because of this.

So yes, this is where panic hits. And it is (or was) totally avoidable.

But as this continues, this pseudo-pandemic might force congress to push through a paid leave act. Imagine how devastated the economy could be if people don't get paid but are forced to be off. Earnings would plummet, as would paid taxes. Industry would be missing workers, affecting output, which affects revenue cycle. But since we aren't a nation of socialists, I'm sure the government won't bail them out, right?

At least at my employ, they will continue to pay if there is a quarantine and not have the person use PTO or vacation.  Still, that is another issue: healthcare workers taking care are exposed could greatly reduce well.........the number of healthcare workers. So...........yes, that would be actual panic.

Anyway, on the lighter side, social media has been ripe with this shit. 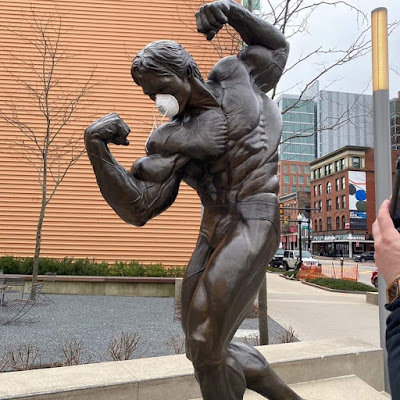 There is an Ah-nuld statue in Columbus for the body building competition named after him.
Someone had fun with his statue. 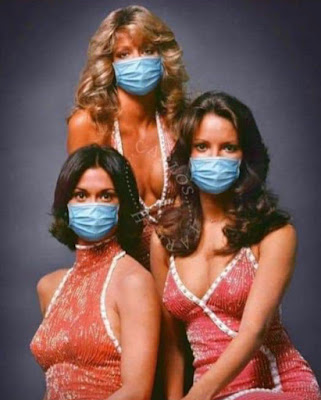 Apropos of nothing, but I still found it amusing. 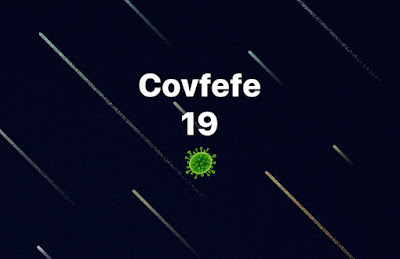 Now that I see it, I'm kind of amazed it took this long for someone to come up with it. 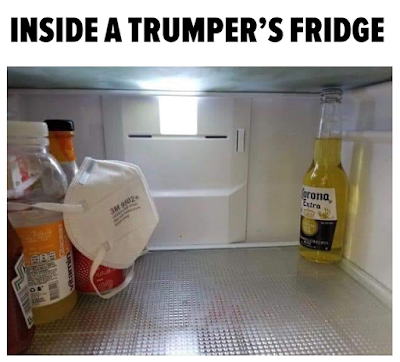 ....that seems about right. 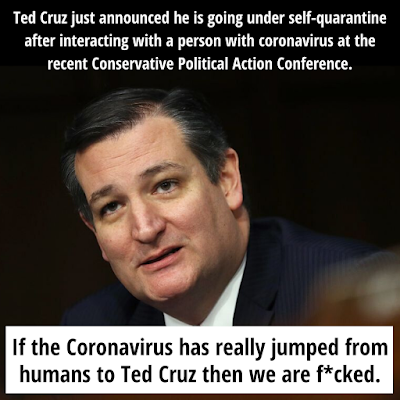 I LOVE that there are probably dozens affected from CPAC.
Where's your g-d NOW?

Of course, I don't believe a thing Cruz says. It's all for attention. 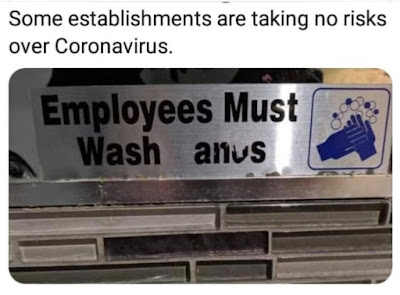 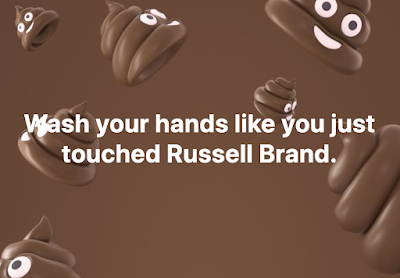 I actually laughed out loud at this. CB posted it and I just found hilarious.

From the numbers I have seen, more contagious, but about as fatal as the flu, no panic over how many thousand flu cases that passed through your hospital this year?

It had to take a steep dive in the stock market for you-know-who to go easy on the it's-all-a-hoax ploy. Anything that could have a negative impact on his re-election and he wakes up - ME, ME, ME!!!!

We just got our first case here In Smallville, and it's an elderly lady that I know.
My hope is that she'll be okay. As for me?I'm not that worried.
I wash my, wait, is it hands?????