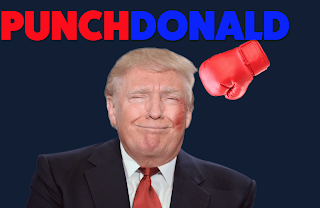 I know I talk a big game, and while I wouldn't lose a second of sleep if anyone - and I do mean anyone -  associated with Trump & Co. got hurt, and badly, it wouldn't be from my hands.

However, at heart, I'm pretty much a pacifist. I've never truly been in a fight, nor do I even like to see it. I believe once or twice here over the last 17 years (!!!) that I once saw boxing live and it comes across as way more violent in person that is ever conveyed on television.

Of all my Sites of the Month, this months might be the most satisfying of them all.

I mean, the site name itself is succinct, no? 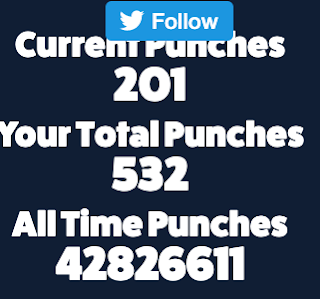 The more you punch BLOTUS, the more bruised and bloody he gets. But the beefed-up part now comes with audio, of him saying stupid shit. Or you know, just opening his pie hole. And it now also comes with random tweets he has sent out over the years.

All things that make you want to punch the fuckface. 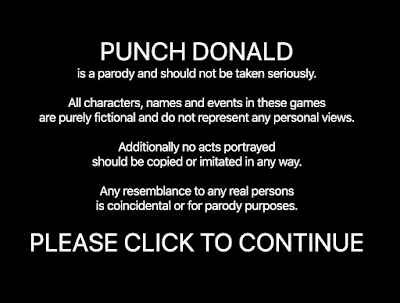 I personally like the 'any resemblance to a real person....'.   That 'tard isn't a real person. Real people have hearts......and brains.

instead of "whack-a-mole", we should have "whack-the-dump". I'd be real good at that. I'll check out the site later.