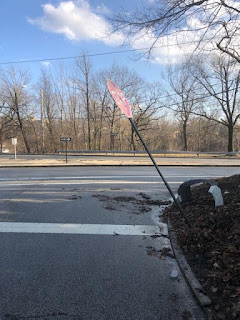 It's been a while.

It may have happened, but we haven't been home. That has been known to occur. Hell, we were home for this and didn't know it happened. But it could have been middle of the night.

Yes, a car accident. In the yard.

Honestly, for the known ones, it actually has been a minute. So, I was sort of, kind of surprised when it happened again. And them possibly again.

On a 05:00 walk, Shep and I get to the end of the driveway and looked right. There in the dark, in the yard, I saw something and kind of went, "crud".  Normally, Shep and I turn left and do a clockwise route. Last Tuesday, I saw, and we went right. Shep was ecstatic - "something new", he thought.  I'm assuming.

Crud was right. As it was 05:00, it was dark, so I could only see the big pieces.......and then a sign and then two. The stop one, as you can see above, now turned another way and leaning. 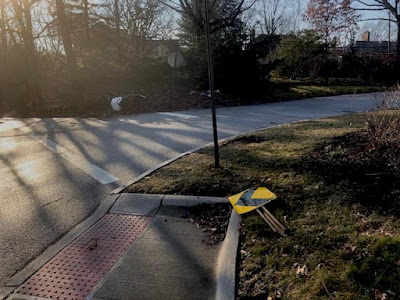 I went across the street and saw this. This version was taken in the daytime.

Before I left work that day, I called the city and asked whose responsibility is it to deal with the debris from an accident left in a yard. Going by what I could tell, I incorrectly told her that judging by the debris field, it looked like stuff was thrown into our yard to get it out of the street.

Turns out, the city was supposed to clean it up, but the police who responded to the accident didn't put in the request, so she did.

When I got home, I went out to look at what happened. Or might have. I tried to CSI the shit out of it, but I couldn't. 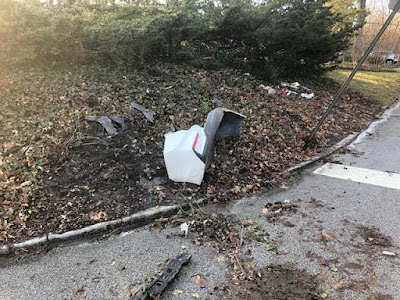 So you can see pieces parts in the street, in the lawn and further up. This will be important in my Marg Helgenberger-ing this scene. 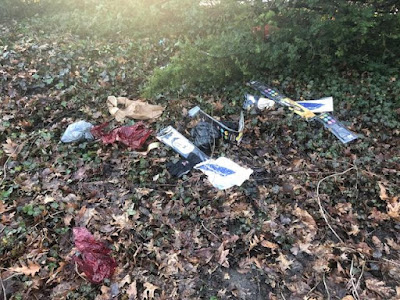 This is just trash (?) from the car. I think it may have come out when the occupants got out of (or pulled out of?)  car after emergency vehicles arrived. We saw or heard none of this btw. 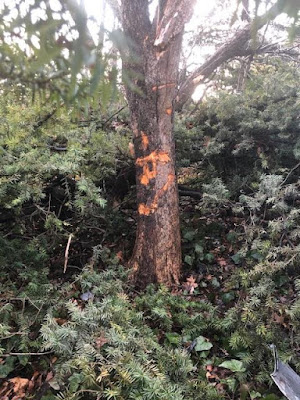 They impacted this tree, which is about 12' past that big piece you saw two pics up. You can also see another piece right near the tree. What you can't see are the dozens past the tree and into the bushes.

But the impact site has me confused too. High up. You'd think you'd get the grill, bumper, etc lower, assuming it was still intact going through the first directional sign (three pics up).

But if you go up a picture, that trash field is a good 8-10' away from the crash site, but directly above that trash, by another 10' are a ton of more car parts. There were also mud tire makes near there and broken bushes. I'm thinking there might have been more than one car in the accident and in our yard at or around the same time.

The signs, one from the island which landed across the street and our stop sign don't even track with any trajectory that I can figure.  Island to street to yard.

Still, it's annoying as fuck.

Early on in this post when I said "It happened again. And possibly again", I'm not even talking the chance it was a two car accident in the yard. No, Saturday I noticed another directional sign down and bunches of car parts in the street, maybe in the yard.  It's exhausting. 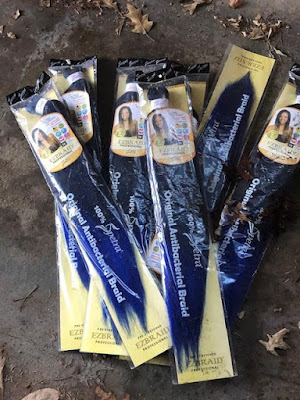 Song by: Elvis Costello & the Attractions
Posted by Blobby at 12:07 AM