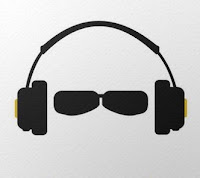 I'm assuming you knew this would be coming, but if not........the Dixie Chicks have a new song out - and a new disk on the way.

The group has been semi-touting the disk for over a year now, just little teases and hints that they were actually recording.

"Gaslighter" is the release and the title track. It is their first new music in 14 years !!!

By all accounts, the end of lead singer Natalie Maines' marriage did not go well. She was married to actor Adrian Pasdar, and if the song is any indication, he's being gutted and strung up here for all to hear. I'm not saying he didn't have it coming, but I'm not not saying that. It's fairly brutal, and with what you have to believe are some very specific examples.

The song structure itself, is good, not great.

I know! I am kind of bummed about that. It's fine, but it's not DCX, exactly. On-line, people are tripping over themselves with superlatives. It's understandable, as they're excited after almost a decade and a half of no new music. But I'm liking it the more I play it.

I totally get that the band should evolve should they want, and shortly into the song, while you hear some familiar guitar work, only later on do you hear some buried banjo. but there is no fiddle work.

Martie Maguire lamented with the making of their last disk, that it was less country and no place for what she does as much. I can't say the rest of the upcoming disk is indicative of her previous concern, but from this song, I get her point.

In a way, "Gaslighter" doesn't hit any genre, not easily. It's not country or Americana. It's not pop exactly. It's not rock exactly. In theory this can work on many levels - defying categorization. The same lack of tagging could hurt it as well.

I am curious to see if radio - of any type - will pick it up, and if so, which type of station. Even 17 years later, the Chicks have not bounced back from a truly innocuous comment about Shrub.

The video for the song is ok too. It is a lot. .....but if nothing else, it does have the Prancercize lady in it, even if for only 4 seconds.