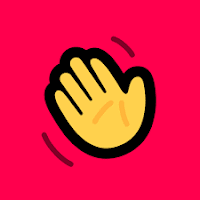 Spo writes about a virtual dinner party. People on-line have turned to happy hour FaceTime, and such.

This is the world in which we now live.

Since many states are now Shelter in Place, our only going out time are dog walks. And the store, but separately, as we are limiting our vector, Victor.

And of course, similar to Dorothy, we always had the power to go home connect with our friends before this Covid stuff.  It's called the phone, and FaceTime.

Little did I know that you can FT more than one person at a time. Becky did it with me a week ago, after we couldn't seem to get Zoom to work properly. She successfully got Morty and myself on the phone for a beer and a few laughs.

As mentioned, the Zoom stuff is all over the place lately. It's been out for almost a decade but hasn't made a dent until a few months ago. I know businesses who are moving to it as their web-meeting space. My work is dipping their toes into it, but it's not that much different than WebEx and it's not built into my Outlook for meeting notices the way WebEx is.

But, we tried it. We could all see each other, but we couldn't hear Becky. So, FaceTime it was.

This last Friday - two days ago - we downloaded Houseparty because someone at work raved about it.

Rave is a strong review for this app, but it did work. Not easily - for me, but it did.

Downloading is easy - to phone and / or laptop. Getting it to work for me on the latter wasn't carefree. Let's face it, when Morty can get something to work technologically before me, I'm clearly the last in my class.  But Dith, Becca and Mort were on-line waiting for me. And wait they would.

While I finally got on, I had no audio, which worked to their advantage as they busted my chops, and I could only hold up my middle finger in response. Oh, it got laughs, but........  710 was laughing with them, laughing at me.

The phone was much easier for me, so the phone it was.

If we get three more people to join, it'll be just like the Brady Bunch opening.

Yes, there were technical glitches, but I think that's understandable when now thousands of people are using the app all the sudden and now we have four folks "together".   Now and then, people would freeze or their audio would drop for a few. Becky seemed to buffer slower than others at times.

But when it worked, it worked and we had a blast, if I can answer for the entire gang.

Most spouses and some dogs got brief airtime - even some kids. But 710 just smiled at how much we all laughed. I mean, we talked corona, but didn't drink them. Actually, only the men drank. While we didn't dwell on that, ya know, it had to be acknowledged as we are all affected by it.

More importantly than laughing and virtually hanging together, we knew when to end it too. No one wants to overstay their welcome.

I hope we do more of this. I'm trying to snag Jon into singing up and joining in.

Houseparty is a decent app. It's not a great one, but it is serving its purpose in these rapidly moving times. Maybe Spo can chime in on how virtual dinner went. 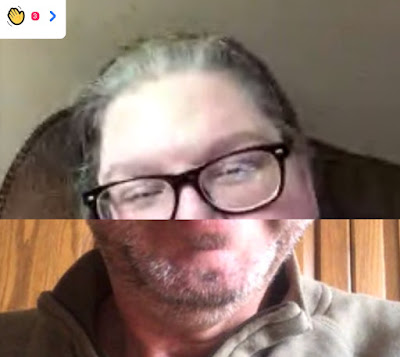 It was so much fun - let's do it again soon!

Don't know why my comment didn't capture my name, but it's Morty in case you couldn't tell.

That last one is very funny.
Apparently Houseparty allowed some of my party to play games which I could not see or do. It was rather infuriating to see people playing something on line and no longer talking/making eye contact LOL