the Winner Takes it All 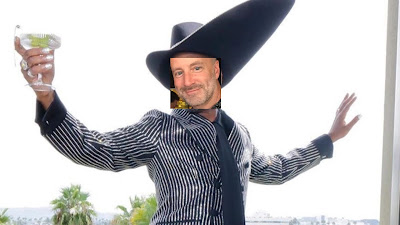 Mike has bested me at this year's Emmys thing.  And possibly cirrhosis. But more importantly is the Emmy thing.

One can always get a new liver!

See, the irony here is - I made a number of my selections after imbibing a few. Though the joke might be, it was those in which I did better. Like Mike, I need to drink........more!

Through no fault of his own {a-hem!}, we weren't completely at the top of our game with our live texting.  And the only thing worse than a host at these events is having no host. The gags weren't funny - sorry Maya.

To be honest, we didn't see Fleabag coming - but neither did Veep. Nor did I really think Mrs. Maisel would do so well the second season - but hats off to Tony Shalhoub, whom I lost with last year for picking and lost this year too, for not.  Mike more than doubled (doubled!!) his wins with his picks (7-3). He got totally totally totally lucky with someone named Julia Garner - whom is only known to her parents and agent. And he crossed that gay line to super gay picking his doppelgänger Billy Porter.

I begrudge neither of them anything - unless I was sitting behind them while they wore that hat.


This  below is required from the accounting firm of Dewey, Cheatam and Howe, as after one foible in calculation eons back has made Mike a Doubting Dolly.  To be fair, he did fine a semi-error in the directing categories....one was suppose to be 'writing'.  I just copy / pasted, so I blame the Hollywood Reporter website.

Mike said in his submissions, and I quote: "May the best, most-handsome man win…".  Well, he didn't, but he came in a far second.

I truly wish I could admit to being surprised with the outcome of this year’s Emmy race. Too braggy?

It’s just that Blobby, despite spending every waking hour in front of the boob tube, just has trouble…connecting the dots, shall we say? A dear man, to be sure. An Oscar win, here and there. And that’s darling.

In spite of his challenges involved with filling out a winning ballot, I MUST compliment Blobby on his photo manipulation skills! The photo of me in Billy Porter’s giant hat is nothing less than a work of art. I’m thinking it goes right onto my Linked In account! Bravo, Blobby …. Bravo.

But seriously folks. I don’t know what I’d do without Blobby at award (Golden Globes, Emmys, Oscars, and NASCAR finals) season. He keeps me laughing, and he keeps me winning.

Before Sunday evening, had never even HEARD of Fleabag. I sort of watched the first episode Monday night to see what the fuss was about. We shall see. What i HAVE discovered is DEAD TO ME, for which Christina Applegate was nominated for (and lost) — we are about halfway through the first season and love it.

My hat is off to Master Blobby for (1) always organizing our award show ballots (2) being humble. Two lessons I could learn. I don’t think we placed a bet on this competition, did we, Blobby? Or is this the one where we talked money? Real money?

In any case — it’s been great and lots of fun. Thanks, my friend Blobby, for making me laugh.

Careful there dude - someone might think you're a nice guy.