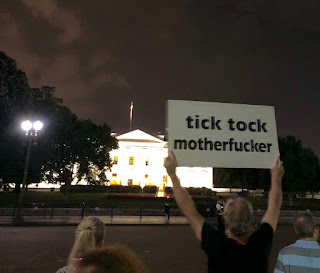 First off, I'm going on record saying you haven't really seen a political post from me in two weeks,  so Imma just gonna pat myself on the back for a few......

And, I had no plans to post one today. I've postponed the scheduled one, as events of the last 36 hours or so have made it so.

For what little I think of Pelosi - and I do - what played in my head once she announced they'll have impeachment hearings.....or whatever they are....against BLOTUS: "if you're gonna hit the king, you'd better kill the king."

Of course, it goes without saying I want the king to be killed, I'm not convinced this is what they / we want it to be.  Or will do it.  It seems a little grey for me, but we will see.

BLOTUS has a way of muddying the waters to the point that facts don't matter and he will use that to his full advantage. And Pelosi isn't strong enough to do a thing about that. This close to election season (well 2020), if this doesn't stick, she is going to fuck any democratic candidate that is put forward.

On the plus sides of all of this:  while it seems Biden did nothing illegal in any form, it could taint him enough to NOT be the candidate of choice - something I fully support. I loved him, but go away, Joe.

Oh, and Pence. I believe that released transcript / memo thing involves him as well. In theory, if one goes down, both should fall.

We will see how the following days fall out, as I have to believe there is a bunch more stuff to be brought forward and discussed.

GAYmen! the SOB is doing everything he can to keep the whistleblower's information hidden.

And here I was thinking that the two week hiatus from political posts meant that everything in the world was tickity-boo, or maybe that El Presidente had lost his phone. Shows what I know.