Still Within the Sound of My Voice 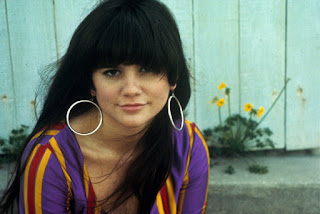 As foretold, we went to see Linda Ronstadt: the Sound of My Voice this last weekend, when we had no power.

The theater had power, but if they had air or fans was questionable.

This film was on my short list to see, and truth be told, I liked it, but didn't love it. And that was a shame.

There is no doubt Ronstadt had a strong and powerful voice. It's no secret she seemed strong-minded enough to do multiple genres and still make them work at least in that sector.  Truth be told, I know no one of the three millions people who purchased Canciones de Mi Padre. Do you?

At the end of the movie, it says the film was based on her book Simple Dreams. And I can see that. I read it and it was interesting, more so than the film. So I've heard many of these tales before. Still it was nice to see the interspersed clips of Bonnie Raitt, Jackson Browne, Ry Cooder, Emmylou Harris, Dolly Parton and others.

While Ronstadt has said she has not sung for years, at the end of the film she certainly does a passable attempt with her cousin and nephew that was filmed this year. It's not perfection, but at 72 and with Parkinsons, it is never going to be.

All told, still a decent movie, but one you could see on Netflix just as easily.


Song by: Linda Ronstadt & Aaron Neville
Posted by Blobby at 12:07 AM

I'm pretty sure we have every Linda Ronstadt album ever made, except for Canciones de Mi Padre. Why is that?