I was going to submit these without comment, but I'm not sure I can make that a promise. Actually, I know I cannot. 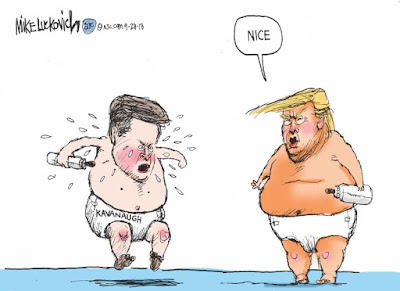 THIS!   The first of two very truisms. 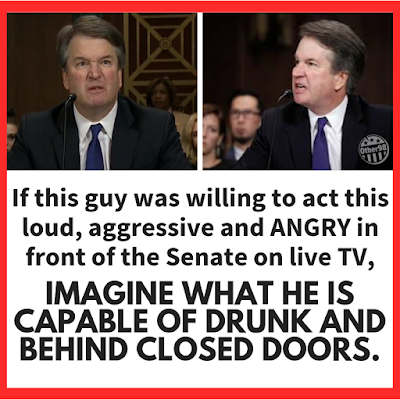 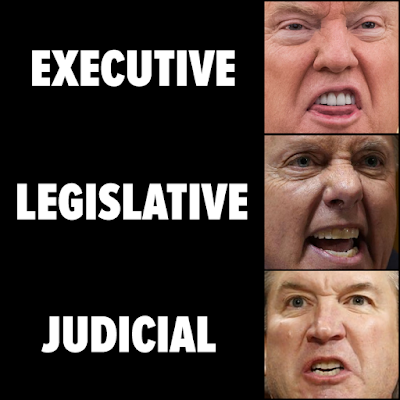 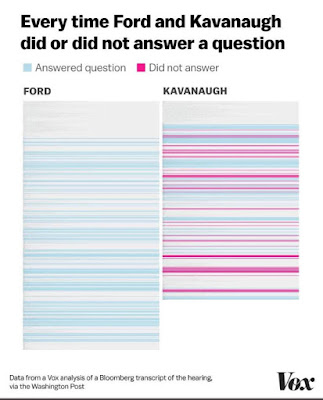 More than a little telling. 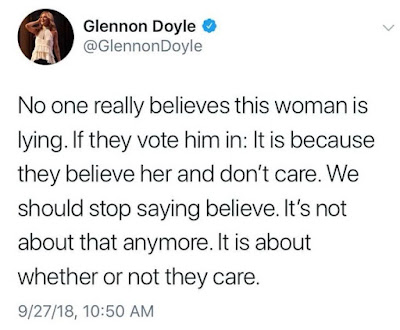 This - and the one below - are the second of the truisms.

I know there are people who do not believe Ford - oddly, I haven't come across any of them, online or in real life. 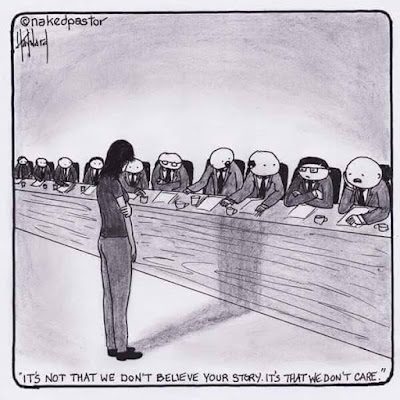 This really is it. "We" don't care. Assault and rape aren't barriers to public office or life time appointments.  People might see me a 'left-leaning', but exactly when did pro / anti rape and assault become a right / left stance?

And as for that "he was 15"......fine. Let it happen to your daughter or granddaughter - and then tell me how it might hurt the assaulter's life if he were punished in any form. 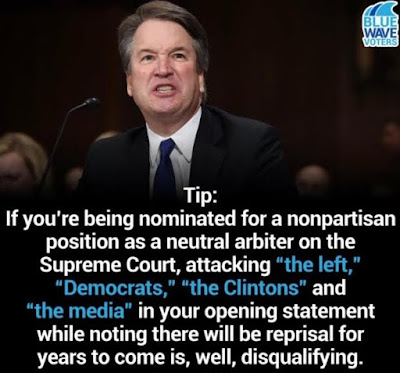 My biggest problem with Kavanaugh - you know, other than sexual assault - is this.

Clearly taking a page from the BLOTUS playbook, it in itself is scarily amazing. And hypocritical. Of course any SCOTUS nominee is political. But since he brought it up in a public forum, why did not one of the democrats bring it right back up  - as in, politically holding up Garland's failed nomination?   Democrats are as weak as the GOP is awful. 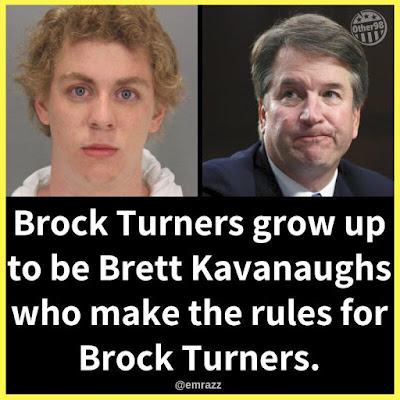 This is the result of any confirmation. 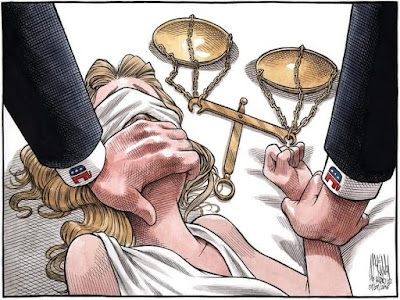 This is actually the result of the confirmation process.  It is beyond sad.
Now scan back up to the second truism.

Song by: Bananarama
Posted by Blobby at 12:03 AM

the dems did bring up the 10 month garland vote delay.