It was a lot of politics this week. And work. And Asians.  Now it's pets-time. 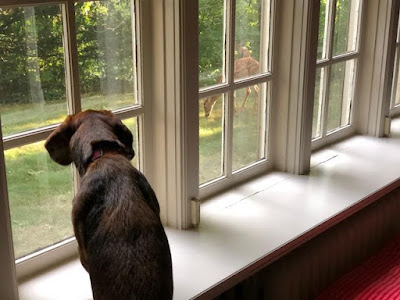 Shep and the fawns with which he seemingly has a problem. 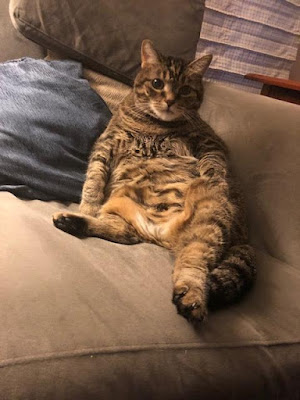 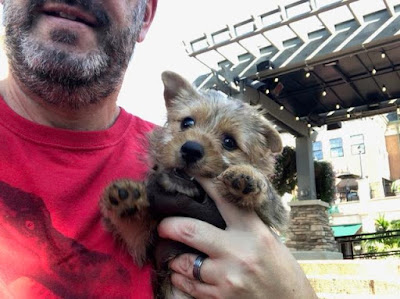 My intro to Siggie: the razor toothed puppy. 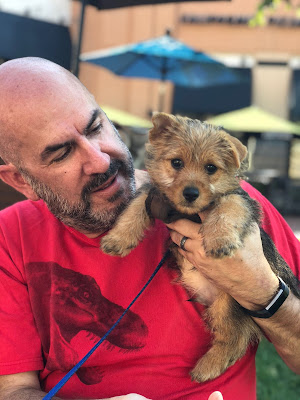 A woman walked by and asked about him. David says to her, he says, he's kind of like Toto in the Wizard of Oz.  Her response was priceless:  "I don't know what that is".

She's like 30+ and doesn't know the fickin' the Wizard of Oz. 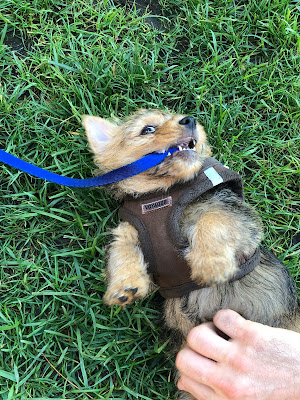 Sig is a fuzzy, bite-y little thing - all 4lbs of him.

His cuteness let's him get away with it. 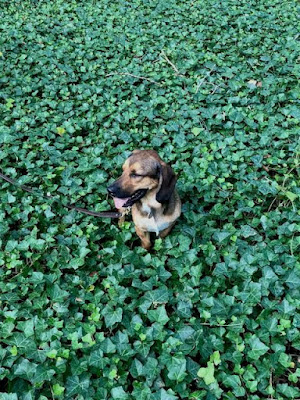 Oh, Sophie, Sophie!
I can see that Siggie's going to need some effective but kind training before he gets much older or there'll be real problems.
As for that 'woman' - how could anyone not know the one true STAR of 'Wiz'?
Meanwhile Shep carries on keeping the world to rights, like the good boy he is.

lil siggie - adorable! and I know TWOO - JUDY! some people...

keep the deer away, shep. and sophie needs her privacy while bathing.

Sophie the Hutt! Siggie is so many superlatives! That last picture of Shep would make an excellent jigsaw puzzle, or am I the only one who still does those.

I love Sophie, of course, but Ivy Shep takes the prize this week!

He is an absolute cutie!!