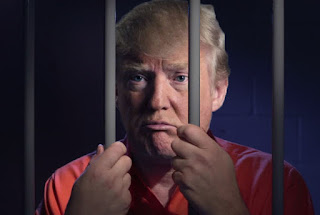 Oh, BLOTUS is in a bit of a sticky wicket. No not the pardon thing. It's a distraction.

His lawyers are trying to to keep the special counsel from trying to force him to answer questions in the investigation into whether he obstructed justice, asserting that he cannot be compelled to testify and arguing in a confidential letter that he could not possibly have committed obstruction because he has unfettered authority over all federal investigations.

BLOTUS' (I added that part) lawyers fear that if he answers questions, either voluntarily or in front of a grand jury, he risks exposing himself to accusations of lying to investigators, a potential crime or impeachable offense, says the NYT.

BLOTUS has said, on several occasions, that he'd welcome talking to Mueller and team. What he will end up saying is, he wanted to, but his lawyers wouldn't let him.  Or at least that will be the attempt.  More lies.

While either side of that wicket is fine with me, I don't know how, but it won't be either. I'm honestly beginning to think that his man is untouchable.  ......and not just by Melania or Stormy.

I don't think he can tell a consistent story over more than a few minutes. Inconsistencies are seen as lies, and lies - well that is what got his friend Martha into a jump suit.