I Hear a Call 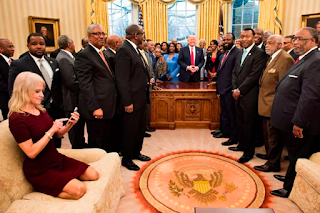 When in doubt: double down.

So says the White House without actually saying it.

For the record - that person who joked about McCain dying?  Not reprimanded nor apologized. The potential leaker(s)? : "traitors and cowards".

Yup, that sounds about right.

For full disclosure, I too have jabbed at McCain's illness - but not in relation to pass a nominee vote.

Some aides can say what they want about others (i.e. McCain), but if some aides say stuff about WH  to others, they're traitors.  Oh, and cowards.

Buy oy, the phone ban in the White House. Staffers must have them locked up all day, only to retrieve them upon leaving the premises.  Better yet - there are suited men, walking through the White House with devices that can detect and search out phones that people bring in by "accident".  They actually confiscate their phones.

It's like a mini-Poland circa 1939 in the West and East wing.

What I absolutely love about the flaw in this plan is just so fucking obvious:  the / a leak doesn't have to be during work hours. It probably never was.  If I'm dropping a story to Buzzfeed or WaPo, I can just as easily call  / email / text them after I'm walking home or on the Metro.  The chances of you doing it when you can be overheard by your co-workers or boss lessen the chances you're doing it right then and there.

I suppose, there is that little thing about free speech too, though the staff are probably forced to sign Non Disparaging Agreements, though I don't know it's disparaging to repeat something offensive, unethical or illegal.  Though clearly it's frowned up and repeating it is 'treasonous'.

The biggest joke of this is: had there been an apology shortly thereafter the remake became public, no one would have noticed or cared.  Now they do.

....and all because widdle BLOTUS' feelings got hurt!   What a fucking snowflake.

thank the dogs and cats SOMEONE is spilling the beans about what goes on in the whites-only house. as well it should be!